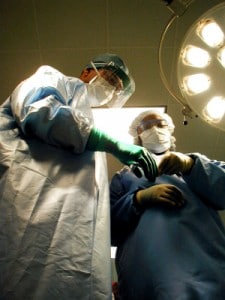 Clinical negligence: MPs worry that access to justice could be impaired

The Jackson reforms could “impact negatively on some of the most seriously injured or disabled claimants”, an influential committee of MPs has warned.

It also called for a review of the regulation of claims management companies (CMCs) amid concerns about their role in clinical negligence claims.

In the first sign of the parliamentary battle that may lay ahead, the health select committee said the proposals to scrap legal aid for clinical negligence and end the recoverability of success fees from the losing defendant could reduce the value of final settlements and undermine access to justice.

It said: “The committee considers that preservation of access to justice will be the yardstick by which these proposals will be judged by the public and that the government must take care to gauge its proposals against this measure.”

The Law Society claimed the conclusion drove a “coach and horses” through the government’s plans for reform of costs in clinical negligence, with president Linda Lee saying the Ministry of Justice (MoJ) must “immediately postpone” any changes.

“We call for an investigation into the potentially crushing effects on the victims of avoidable clinical negligence,” she added.

An MoJ spokeswoman said: “It is important that victims of clinical negligence have access to legal representation in order to claim compensation from those responsible… The changes we have proposed are intended to ensure the costs that both sides end up paying — win or lose — are proportionate, reasonable and affordable.”

In its evidence to the committee, the NHS Litigation Authority estimated that CMCs have been a major factor in 10% increases in the level of new clinical negligence claims over each of the last two years, with an even higher rise predicted for 2010-11.

MPs were also worried that the practice of solicitors bidding for cases from CMCs “may not lead to the cases being passed to the advisers best able to resolve the claim”.

The committee called on the government to review the CMC regulatory structure “in order to ensure that patient and taxpayer interests are properly safeguarded”.

The committee also welcomed government proposal to extend the road traffic claims portal to cover low-value clinical negligence claims, while ruling out no-fault compensation on the grounds that the current system “offers patients the best opportunity possible for establishing the facts of their cases, apportioning responsibility for errors and being appropriately compensated”.

Though Scotland is currently investigating no-fault, the committee said it feared such a scheme would see the number of claims rise rapidly, while economic pressures would keep the pot for compensation at its present level, meaning the most seriously injured would receive less than they do now.

The report found promising signs in the way the NHS now deals with complaints, but said “there is still a considerable amount of work to do”. This included overhauling the role of the health service ombudsman, ending the variation in the way complaints are handled across the NHS and fostering a more open culture.

Meanwhile, the Jackson reforms will cost the NHS £105m and not save money as predicted, the Access to Justice Action Group has claimed.

Having analysed figures released in answers to parliamentary questions, AJAG co-ordinator Andrew Dismore said an increase in claims due to the removal of screening by after-the-event insurers would cost £37m, £26m in income from recovered costs in successfully defended cases would be lost and the NHS would also lose £42m in treatment recoupment because the number of successful PI claims would fall.

“Even if we are only half right, the cost to the NHS of these ill thought-out and hasty measures is truly shocking,” said Mr Dismore.