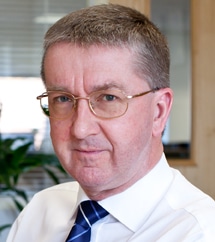 Dobie: QOCS adds nothing and will just give insurers a headache

Plans to introduce qualified one-way costs-shifting (QOCS) in personal injury (PI) litigation should be scrapped, one of the country’s leading insurance companies has told Legal Futures.

While otherwise still fully in favour of the Jackson reforms Allianz is “really concerned” that QOCS as currently proposed “looks messy and has the potential for satellite litigation”, according to Peter Dobie, head of legal protection.

The uncertainty satellite litigation would breed would be bad for all sides, he added, and also stifle innovation and new entrants in the post-alternative business structures (ABSs) market.

It marks the first time a major insurer has come out publicly to express worries about part of the Jackson package and Allianz has won support from a senior claimant PI lawyer.

Mr Dobie said simply abolishing the recoverability of additional liabilities – the central plank of the Jackson reforms – would achieve the goal; QOCS adds nothing and will just give insurers a headache, he argued.

QOCS means that an unsuccessful PI claimant would not be at risk of having to pay the defendant’s costs unless they are very wealthy or have misbehaved in conducting the action. The recent Civil Justice Council expert workshop on implementation of Jackson found strong opposition to the means-testing element of QOCS and other concerns about how it will work.

QOCS’ purpose is to remove the need for a claimant to take out after-the-event (ATE) insurance, but Mr Dobie said the regime being discussed will not do this.

Insurable risks remain around disbursements, part 36 offers and the behavioural qualification, he explained. “QOCS doesn’t reduce the need for ATE. Even assuming there was a clear and clean QOCS model, at the very least claimants would need to insure themselves against the risk of own disbursements – which is not as insignificant a risk as one might think.”

Mr Dobie said any risk that claimants might be put off from pursuing legal actions because of having to pay ATE premiums needed to be looked at in a wider context, including ABSs and the government’s county court consultation, which may lead to an increase in the small claims limit. He suggested that in a post-Jackson world, law firms that want to do PI will have to “create a new model”, which would probably include a measure of protecting clients from costs.

Mr Dobie found support from Martin Coyne, managing partner and head of personal injury at Manchester law firm Ralli. QOCS would sound the “death knell” for the ATE industry, he predicted, and damage access to justice because clients would still be exposed to risks and may then choose not to pursue their cases.

He said QOCS introduce “complete uncertainty” to the detriment of all.