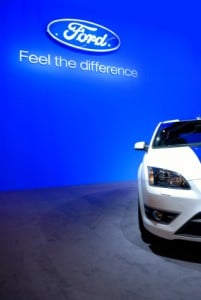 Ford: only one in 180 accident victims raised possibility of claiming

An outsourced accident management scheme run by Ford UK to bypass referral fees and credit hire costs has found that just one person out of 180 customers who reported an accident proactively sought to make a personal injury (PI) claim.

The project was launched by the car maker and automotive outsourcing specialists Innovation Group this summer to cut accident insurance claim costs for Ford owners. It operates a policy of not asking callers seeking vehicle repairs if they also want to bring a PI claim.

The figures were revealed by Ford’s head of collision repair, Paul McDermott, who was speaking at a debate held by the claims management industry body I Love Claims in London, at which the former justice secretary Jack Straw was keynote speaker.

A subsequent panel discussion, involving Mr Straw and representatives of solicitors, insurers and claims managers, found contrasting views on the likely impact of the government’s proposed ban on referral fees in PI cases.

Participants were broadly in agreement that reform was needed to deal with unethical behaviour within the claims industry, but were split on whether the ban would make it harder for accident victims to gain access to justice.

Donna Scully, chairwoman of the Motor Accident Solicitors Society, said that it would, arguing the claims industry has helped people become “more aware of their rights” and that the presence of “reputable people out there to help them” was good thing for the person who is “genuinely injured”.

David Sandhu, CEO of Ai Claims Solutions, said insurance companies could not be relied upon to “always pay out reasonable claims without any intervention” and that “independent support” for accident victims was vital. “I think independence is necessary to ensure that people get a fair service,” he observed.

Stephen Walker, head of operations for Provident Insurance, said the insurance industry was “different now” and that in the interests of “proportionality” where the “vast majority of claims are fairly simple and straightforward”, it was questionable that there should be “such fat in the system”.

Nick Starling, the Association of British Insurers’ director of general insurance and health, praised Mr Straw for his anti- referral fees campaign and said: “People know what to do when they’ve been in a crash. They know where lawyers are.” He added that the claims industry had “diluted” the needs of genuine claimants by stoking up whiplash claims. Although road safety had improved by 10% in the past two or three years, whiplash claims had risen by 43%, he reported.

He warned that inaction was not an option for the insurance industry: “If we don’t do something about this then it really is going to rebound… the last thing you want is legislators telling us how we write our premiums, how we set them.”

Mr Straw said attitudes to pursuing claims needed to change, with personal responsibility replacing “a systemic cultural problem”. Small neck or other personal injuries should not attract any compensation, he recommended. “We’ve got to get to a society where people are able to stand up for themselves. It’s not the ‘nanny state’, it’s the ‘nanny claims industry,’” he declared.

He argued that the legal profession should share blame for the creation of a “claims culture”. The increase in the number of lawyers in recent decades – far ahead of population growth – had contributed to the profession’s priorities shifting away from the interests of the public and towards “sustaining the industry at that size”.

When asked whether any savings resulting from a referral fees ban might enable insurance companies to “fill their pockets” rather than reduce motor premiums, views on the panel were mixed. Mr Walker pointed out that motor insurance was highly price sensitive and that consumers would not give insurers a choice.

Ian Hughes, CEO of market researchers Consumer Intelligence, advised there was “an enormous opportunity to be gained” by being the first insurer to drop premiums.

Mr Straw said he hoped premiums would stabilise then reduce. But he was concerned that people could “try to recoup the income they’ve lost in referral fees” by adopting other arrangements, such as fee-sharing, and predicted that “it will require some detailed regulatory work” as well as primary legislation to prevent it.

Ms Scully was sceptical that premiums would fall. To applause, she argued that a “holistic approach” to reform of the industry was necessary and that the referral fees ban was premature and a “knee-jerk reaction”. “Rushing in now, with no impact assessment, no consultation – it’s going to be a disaster,” she predicted.