Many law firms engage private investigators, but the phone hacking scandal illustrates the risk they run by hiring unregulated people, says Tony Immosi, president of the Association of British Investigators 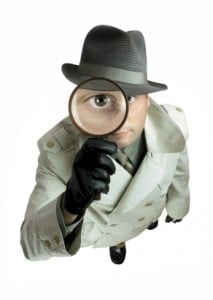 Private investigators: do you know who you are using?

Have you ever stopped to ask yourself: “Who really is the private investigator that I use?”

The continued use of unregulated private investigators by some law firms, contrary to the recommendations of the Law Society, exposes them to the potential reputational and commercial risks that have surfaced in the current phone hacking scandal.

Whilst the concept of mandatory licensing and competency testing of investigators and surveillance operatives in the private sector was introduced by the Private Security Industry Act 2001, this was stopped in its tracks by the Coalition government when the proposed regulatory body – the Security Industry Association (SIA) – was placed under review in what became known as the bonfire of the quangos.

As a result, private investigators in the UK today are still not subject to any form of regulation or licensing whatsoever. This allows unscrupulous, unethical and at the extreme, criminal elements, to set up as ‘private investigators’, without sanction.

Currently anyone can undertake investigative activity regardless of skills, experience or criminality. For example, there is nothing to prevent someone on the sexual offences register setting up shop as a private investigator and advertising or approaching you or your client for business this afternoon.

These unethical practitioners typically will have no formal training and represent high-risk suppliers to legal firms and their clients with their disregard for the law.

In its report to Parliament, What Price Privacy?, evidence collected by the Information Commissioner pointed to a flourishing and unlawful trade in confidential personal information by unscrupulous private investigators and tracing agents.

The report highlighted many other businesses which regularly turn to private investigation firms and through them to the shadier end of the market, requesting or receiving confidential personal information that they must know or suspect has been unlawfully obtained.

It may only be exceptions on the fringes, but it is clear that insurance companies, solicitors, local authorities, finance companies and other lenders are implicated in this trade and that unethical elements of the private investigation industry appear willing to flout the law and provide the information requested.

So what can be done to ensure legal firms don’t employ unregulated investigators and are acting in the best interests of clients and that you are providing them with a good standard of service?

The answer couldn’t be simpler but remains potentially under the radar of a significant share of the legal profession. The Association of British Investigators (ABI) is the trade association for professional investigators and the voice of the industry in the UK. It acts as a one-stop shop for due diligence when a legal firm needs to hire a private investigator.

The ABI is the only industry body to actively self-regulate members, and to a standard higher than originally envisaged by the SIA. The Law Society of England & Wales and the Law Society of Scotland exclusively endorse the ABI for use by their members. Currently the ABI is actively engaging with government regarding industry regulation in the wake of the phone hacking scandal.

The risks to the legal profession of unwittingly hiring unethical private investigators or using unlawfully obtained information are immense – from prejudicing the outcome of a case and harming a client’s interests, to damaging a law firm’s reputation or brand irreparably. Failure to conduct due diligence on a private investigator could also militate against a successful professional indemnity claim.

We now need to pull together as an industry and ensure legal firms take the lead in driving up the professional standard to ensure the protection and privacy of the public.