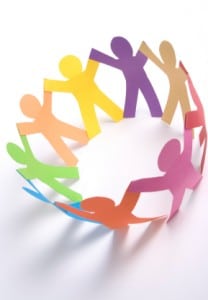 An action plan to deal with a range of equality and diversity problems in the solicitors’ profession – from pay inequality and firms’ billing practices, to flexible working and career progression – is being drawn up within the Law Society, Legal Futures can reveal.

It will also address the “apparent acceptance that discrimination is embedded within the profession”.

The plan is being overseen by the society’s equality and diversity committee (EDC) in response to three pieces of research published by Chancery Lane last November on professional barriers faced by solicitors on the basis of gender, ethnicity and sexuality.

A paper to last month’s EDC meeting complained that since then, “none of the boards and committees of the Law Society appears to have considered the reports in order to inform the work they were undertaking on behalf of the profession and thus none have devised action plans in response”.

This is now being driven by the EDC, whose role, chairwoman Sue Nelson told Legal Futures, is to identify the issues and then oversee how the different parts of the Law Society address them.

She is attending meetings of the various boards and committees to discuss the areas where they should be taking the lead. The intention is to publish the action plan in the autumn for inclusion in the society’s 2012 business plan.

The EDC has identified several themes as emerging from the research which the society needs to prioritise in the action plan. These are:

There are three further issues which the EDC has decided are so complicated that they need further work before being handed over to other boards and committees.

It has set up separate working groups to address “the failure to embrace flexible working as a positive feature of working life”; the vulnerability of those wishing to whistle-blow raising a grievance or complaint who fear that actions taken to challenge discrimination could limit career opportunities or threaten job security; and pay differentials between men and women and lawyers from black and minority ethnic backgrounds.

The aim is to complete this work before the summer break so that the three areas can be built into the action plan as well.

Ms Nelson admitted that pay inequality may not be a problem the society can tackle directly, but said the sum of the other measures may impact on pay as well.

She added that she will be questioning the boards on whether they themselves have sufficiently diverse memberships to do this work effectively.

She will also be asking the regulatory affairs board to put pressure on the Solicitors Regulation Authority to more actively enforce rule 6 on equality and diversity in the Solicitors Code of Conduct.