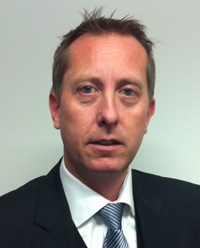 A new third-party litigation funder has entered the market with “deep pockets” as one of the early players bows out, Legal Futures can report.

Managed Legal Solutions (MLS), which has £20m of funding, is targeting international arbitration, commercial litigation and class actions – and also ancillary relief cases in anticipation of the legal aid cuts.

MLS chief executive Ken Arnold, who used to work at another funder, ILF, said it will look at cases from £1m damages – lower than several players in the market – adding that a compact management structure means it will make funding decisions within five days of receiving a request.

This is because decisions are mainly taken in-house by Mr Arnold, whose background is in insurance, former DLA Piper litigation partner Robert Smart, and barrister James Gbesan. Mr Arnold said he could not reveal the identity of the funders behind the company, but confirmed they are not hedge funds. “Our pockets are deep and we are ready to fund now,” he said.

He explained that MLS wants to develop long-term relationships with a small number of firms that do not view third-party funding as a last resort and can instead deliver repeat business.

Mr Arnold added: “Currently litigation funding is focused on big-ticket commercial litigation, but this will change. The Jackson report and the proposed changes in legal aid means that very shortly other areas of law such as ancillary relief will be looking for new sources of funding. MLS is ready for the changes to come.”

Other funders have had their fingers burned by big-money divorce cases because clients make emotional rather than commercial decisions. But Mr Arnold said that a focus on smaller cases and careful screening could deliver “a good turnover [of cases] and a reasonable profit”.

A spokeswoman for Allianz in Germany said: “Allianz ProzessFinanz GmbH [which includes the UK operation] has ceased investing in new court or arbitral claims. This decision has been made by its sole shareholder, Allianz Versicherungs-AG. All previously committed investments will continue to receive full funding and support in accordance with existing contractual arrangements.” She would not explain the reasons for the decision.

The litigation funding business is separate from Allianz’s after-the-event insurance offering, which continues as a major player in that market.

This year has generally seen the third-party funding market grow, with Vannin Capital and Fulbrook Management two other major entrants since the summer.