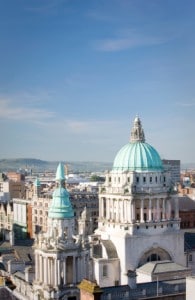 The narrowing gap between wages paid in the UK and in booming Asian economies mean offshore legal process outsourcing (LPO) providers are facing a growing threat from law firms setting up their own onshore operations, an LPO consultancy has claimed.

Fronterion put the squeeze this is having on LPO providers’ profitability at the top of its annual list of the top 10 trends it expects to see in the market during the coming year, with the growing cohort of unemployed law students set to exacerbate the competition.

Many international firms have outsourced work to places like India and the Philippines but, as these economies grow stronger, the gap between the wages in the developing and developed countries continues to narrow. Research suggests, for instance, that India could see double-digit wage increase during the next few years.

“Wage inflation abroad and soft labour markets domestically in the US and UK have significantly narrowed the cost differential for the legal professionals performing LPO services,” Fronterion said.

It found offshore LPO providers are charging clients $25-35 (£16-22) an hour for “basic” legal services. “In the UK comparable rates for legal professionals are seen in many areas outside of London,” the report said. “The soft labour rates in the domestic legal sector place a natural cap on the amount LPO vendors can charge their clients, despite the increasingly expensive wages they pay their offshore staff.

“This squeeze in profitability is only set to increase in 2012 as the newly minted law graduates in the US and UK, who flocked to law schools during the downturn, are now seeking to join the workforce.”

The report said that while much of the “value proposition” of LPO went beyond basic wage arbitrage, most legal professionals, all things being equal, prefer to keep legal work domestically.

So while onshore or domestic LPO services represent a “major growth segment” for the LPO industry, Fronterion cautioned that this could hamper vendors in persuading law firms to go with them rather than set up their own domestic outsourcing centres – as City firms Herbert Smith and Allen & Overy have done in Belfast, for example.

As a result, LPO vendors must focus on growth beyond what Fronterion called the “unsustainable concentration on litigation support services”. Companies must diversify service lines, concentrating on contractual matters or due diligence on M&A deals, for instance, in a bid to strengthen law firm client relations.

“Litigation support is the easiest service line to outsource in part because it is the most readily broken down into discrete legal tasks through what is known as legal disaggregation,” the report said.

“Expanding service adoption in 2012 will be an uphill battle but worth the effort. Failing to make this expansion and provide a progressive value proposition to clients, the LPO industry faces the risk of commoditisation and stagnation.”