Mayson: poor state of legal training opened the door to the Co-op and others 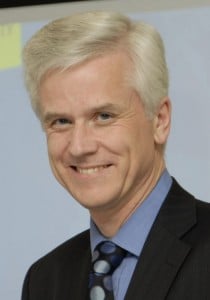 Mayson: I don’t believe the Legal Services Act would have been possible if we were really creating a profession that was fit for its purpose

Legal education and training are unfit for purpose, causing lawyers to fail to meet the needs of clients and leaving the profession exposed to rival market entrants filling the gaps, according to Professor Stephen Mayson.

Speaking this week in London at a UCL Laws debate ‘Do lawyers need to be scholars?’, Professor Mayson said proof of lawyers’ educational deficiencies could be seen in the success of organisations such as Co-op Legal Services, which “has become in five years from a standing start a £30m legal business… which takes it into the top 100 [law firms] very comfortably”.

“I don’t believe the Legal Services Act would have been possible if we were really creating a profession that was fit for its purpose… lawyers who were doing what the marketplace wanted in ways it wanted, at times it wanted, at prices it wanted,” he said.

Addressing an audience that included many legal academics, Professor Mayson, who is director of the Legal Services Institute, said: “I am delighted there are so many law teachers, law faculties, law firms and professional regulators who are delighted with the outcomes they create. That, however, is an internal view. It doesn’t take much account… of those who use and pay for those outcomes.”

The view was challenged by other speakers in the debate, which was chaired by UCL’s Dean of Law, Professor Hazel Genn, and sponsored by LexisNexis.

Fellow UCL law professor, Philippe Sands QC, argued that it was necessary to resist the view that legal education should be “informed by the need to respond to what consumers and the marketplace want”.

He said he deeply regretted having himself studied law at university instead of history or economics, adding: “The place of a university is to widen your mind generally… and to engage in critical thinking… The thing about law is that fundamentally it closes the mind because it causes you to think in particular ways… Law is inherently conservative.”

David Bickerton, Clifford Chance’s regional managing partner for London and the Middle East, said his firm was “reasonably content” with the 130 graduates it recruited each year, about half of whom have law degrees and half do not. What matters is that graduates have aptitude, a willingness to work, are problem-solvers and have a vocation: “It’s a fabulous job where someone asks what your opinion is, you tell them, and they give you money,” he said, to general amusement.

Addressing legal education as a whole, Professor Mayson said the four educational stages undertaken by solicitors were each flawed. The academic stage should not have become so influenced by vocational demands; the vocational stage “is far too focused” on things practitioners will not do and spends too little time on what they need; the training contract is too long and a “significant barrier” to global practice; and continuing professional development “confuses the need to comply with assurance of competence”.

Skills that should be taught, he said, were legal research, writing and reasoning, together with ethics and economics, to equip solicitors to produce content and communicate it, while developing “professionalism and a business context”.

Other speakers on the panel included Rebecca Huxley-Binns, a criminal law teacher at Nottingham Trent University. She argued that the seven foundation subjects of a law degree should be abolished, to be replaced with “intellectual law-related subjects”, such as ethics, case law and legislation, legal writing, business awareness and problem solving.

Speaking from the floor, Bar Standards Board chairwoman Baroness Ruth Deech said it was “quite nonsense” to suggest law teaching was not fit for purpose. The dilemma for the profession is somehow to match up the surplus of law graduates who cannot obtain training contracts or pupillages with people who need legal advice but cannot afford the fees due to legal aid cuts, she argued.

Professor Sands said the number of law graduates had increased from 5,200 a year in 1998 to 13,000 in 2010. The reason, he said, is that “the provision of undergraduate and other graduate legal education is hugely profitable. Universities are turning to it because it provides a massive subsidy to other areas.”

Professor Richard Moorhead, deputy head of Cardiff Law School, highlighted the important role of academics in developing legal practice, giving as an example the renowned work on conflict resolution of the Harvard Negotiation Project. He called for home-grown equivalents, for instance a UK advocacy project, to leverage Britain’s global reputation for the quality of its advocacy.