Lawyers are unduly pessimistic about the jobs market, survey finds 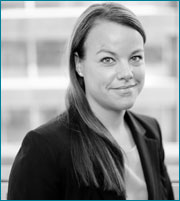 Moule: many lawyers could approach their careers with more confidence than they currently do

Lawyers are more pessimistic about the future jobs market than other professionals, despite their salaries and opportunities holding up “unusually well” since the start of the recession, a survey has found.

Asked by legal recruiter Laurence Simons to rate their confidence in the jobs market from 10 (very optimistic) to -10 (very pessimistic), the average score among 1,518 legal professionals in London was -7.8.

The average among other professionals was -3.4.

The company said modest salary growth should not be a reason for pessimism about the jobs market as growth in legal employment has been more than three and a half times faster than the national average.

According to data from the Office of National Statistics, the size of the industry has grown significantly since 2007. In that period, the number of legal professionals (solicitors, judges, coroners and other lawyers) in full-time employment in the UK has increased by 10.3%.

In the same period, the total number of people employed full-time in the UK has risen by just 2.9%.

Lucinda Moule, managing director of Laurence Simons, said: “Lawyers are naturally cautious and to a certain extent that explains their outlook. But there are concrete economic reasons too. The recession’s tightening of finances meant many firms were forced into pay and hiring freezes, the memory of which has yet to wash away, as our recovery continues to stutter.

“When looking at this data, the obvious conclusion seems to be that many lawyers could approach their careers with more confidence than they currently do. There’s a risk that highly qualified and talented people are settling for lower salaries because they have an unnecessarily pessimistic view of the market.”