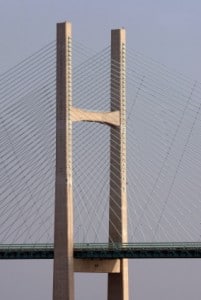 The Law Society is to resuscitate its annual conference next year, hoping to attract at least 300 people to Celtic Manor in Wales and make a decent profit from it.

The conference was stopped several years ago because it was losing money, but is to run again on 20-22 September at last year’s Ryder Cup venue, which has become the regular host of the Association of Personal Injury Lawyers’ annual conference and was recently named the UK’s best conference hotel for the fifth year running.

More than a decade ago the society sought to make the event more appealing by holding it at Disneyland Paris during half-term week.

The society intends “Law Conference 2012” to be revenue generating, and its membership board will next week be told that the proposed early bird delegate fee for the event – which will start on a Thursday evening followed by 1.5 days of actual sessions – is £525.

“A conservative estimate of paying delegates would be 315,” a paper before the board says. “Total expenses including VAT are budgeted at £169,901. Total income excluding VAT is budgeted at £191,633… This income level is based on a quite conservative sponsorship amount, which could of course be considerably higher if sponsorship and exhibition sales were to be successful.”

The society is now encouraging people to register their interest in attending the conference, and has also issued a call for papers for those keen to speak. The closing date is 25 November. A form can be downloaded from the Law Society website here.