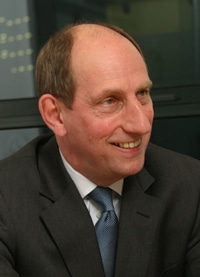 Welcoming publication of the code – and creation of the Association of Litigation Funders (ALF) to monitor compliance – the judge told a reception at the Royal Courts of Justice that it met the requirements he set out in his report for an acceptable self-regulatory regime.

These include capital adequacy requirements – meaning funders need to have the resources to cover their funding liabilities for at least the subsequent 36 months – no right for the funder to terminate the agreement without good reason, and restricting the funder’s ability to control the litigation.

The code was drawn up by a Civil Justice Council working party chaired by Irwin Mitchell senior partner Michael Napier, who took up the reins to bring to an end discussions that ran for four years. The council’s chairman, the Master of the Rolls Lord Neuberger, has commended the code to ministers.

As flagged up by Lord Thomas of Gresford during Tuesday’s second reading [2] of the Legal Aid, Sentencing and Punishment of Offenders Bill, he along with Lords Carlile, Phillips and Macdonald laid an amendment yesterday to the bill which would require funders to obtain a licence from a licensing body designated by the Lord Chancellor.

Mr Napier pointed out to guests at the reception that the legal aid scheme was evidence that the concept of external funding of litigation is not new. “Do we really need statutory regulation for such a small and nascent market?” he asked.

The ALF’s first chairman is to be Leslie Perrin, the chairman of Calunius Capital and former senior partner of regional law firm Osborne Clarke.

He told Legal Futures that while initially funders will self-certify compliance with the code, the ALF will put in place “appropriate checks”, such as inspecting annual accounts to ensure funders meet the capital adequacy test, and being “very alert” to complaints about breaches.

He said he hoped the ALF would become a quality mark that solicitors would seek out to ensure they were dealing with reputable funders.