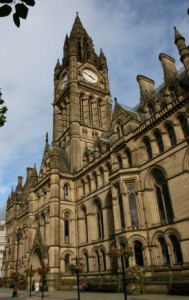 Manchester: Mangalam's first venture outside of the US

Indian outsourcing company Mangalam Information Technologies has set up an office in Manchester as it explores the opportunities for legal process outsourcing (LPO) in the UK, including “low hanging fruits” such as personal injury (PI) and conveyancing work.

It comes as UK-based LPO providers estimated that they could reduce transactional costs in PI by up to 30%.

The Manchester office is Mangalam’s first venture outside of the US, where it specialises in small to medium-sized law firms. Executive vice-president Srinath Mitragotri told Legal Futures it was interested in the UK because until the recession and advent of the Legal Services Act, “law firms never had the competitive pressure to manage their operations very well”.

Mr Mitragotri said the company is talking to one of the large firms in the north-west as well as medium-sized firms of around 10 partners. Though LPO for commercial firms is one target, he suggested that some elements of personal injury and conveyancing work are “low-hanging fruits which might embrace this sooner”.

Mangalam – a division of the $500m Mumbai-listed Electrotherm group – is working with Allan Carton, director of strategy, marketing and technology at law firm consultancy Inpractice. Mr Carton explained that there was potentially a significant role for LPO in the non-client-facing elements of personal injury and conveyancing. Saying it was “certainly possible” to outsource contractual work, he added that the key was breaking down the process into its key elements.

LPO in personal injury is being pushed by both Sentinel Alliance and Judicata, which launched last month (see story). Speaking at the recent Claims Standards Council/Legal Futures conference on the future of PI, Judicata managing director Paul Hinchcliffe estimated that he can drive out 20-30% of the costs of processing a case. Darren Werth, managing director of Sentinel Alliance, said he was looking at a similar figure.

Mr Werth, who also runs leading claims management company Accident Advice Helpline, told the conference: “LPOs can commoditise claims efficiently and de-legalise where it is proven that low injury status warrants only legal monitoring rather than a full-blown investigation with associated costs.

“I do not want any of you in this room to think that we are out to destroy law firms. We are not and will not. We will enhance what they do, help them to instill business efficiencies into their own businesses, which will ultimately make them more profitable.”