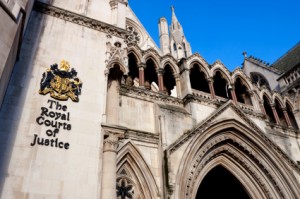 The High Court has ordered a law firm to disclose the details of its funding arrangements with two clients so the successful defendants can work out whether the solicitors financially supported the cases and could be pursued for a third-party costs order.

Mr Justice Eady suggested that solicitors should only be allowed to fund cases if there is “at least the risk of having to pay the defendant’s costs, or part of them”.

The defendants’ common insurer – which suspects that the claims were funded to some extent by the solicitors – successfully appealed a refusal to grant disclosure of documents outlining the funding arrangements.

The judge below, His Honour Judge Moloney QC, had said the impact of such orders “could be to undermine or perhaps even to destroy the workings of the CFA system”, but Mr Justice Eady ruled that the judge “overestimated the consequences of the defendants’ applications… These appeals turn largely upon the particular facts. Either GMS were the funders or they were not”.

The High Court judge said: “If the solicitor pays for the court fees (say) or expert reports at the beginning of a personal injury claim, on the basis that the client will reimburse him later, there is nothing inherently improper about that…

“On the other hand, if the sums are paid out by the solicitor, whether from client account or office account, on the basis that they will be recovered from the other side, in the event of success, or not at all in the event of failure [Eady J’s emphasis], that would be a different matter.

“The solicitor would indeed then have become a funder, albeit sometimes in only a small way. He may have the capacity to make the difference between the defendant in question being sued, with all the cost and vexation involved, and his being left in peace.”

The judge said that for reasons of public policy, “it may well be thought that any such funding role, on the part of a solicitor, should only be countenanced, and regarded as legitimate, if it carries with it at least the risk of having to pay the defendant’s costs, or part of them, if he is ultimately successful”.

It may be necessary to make an order for disclosure of documents to help a “vulnerable defendant, or for that matter his insurer” establish what exactly passed between the claimant and his solicitor, he continued. Whether, following disclosure, an application for a third-party costs order is made, “that is a matter for the future”.