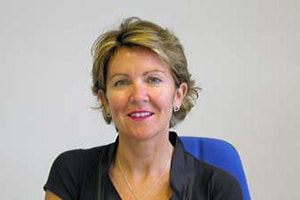 Scully: referral fees were not part of RTA portal fee

There is a “growing lobby” to stop claims management companies, solicitors and insurers from using alternative business structures (ABSs) to get around the ban on referral fees, it was claimed yesterday.

Speaking at an Association of British Insurers motor insurance conference, Donna Scully, chairman of the Motor Accident Solicitors Society, called on insurers to be “honest about saying you support a ban but at the same time [are] actively trying to find ways to get around it, such as ABSs”.

She said: “What is the point in lobbying for a ban when you are simply going to get around it where you can? As we know there is a growing lobby to make sure ABSs cannot be used to get round the ban.”

Ms Scully also asked insurers to be honest about whether or not they are in favour of a ban. “How will premiums reduce following a ban – which is what everybody is expecting – when your income will be reduced?” she demanded.

Arguing that “we still don’t have any real workable definition of a referral fee”, the solicitor suggested that it must cover all potential commission fees, administrative cost transfers and other payments that may be disguised.

She continued: “Just to add insult to injury, the government have said they will reduce fixed costs on the [RTA] portal. Why would they want to do this and how are they related to referral fees?

“What about the fact that all the stakeholders, including MASS and the insurers, sat around the table for the best part of two years developing the portal system and working out what costs were reasonable to run cases on it?

“Further, and this is recorded, it was agreed at those discussions that referral fees would not be taken into consideration because they are not a recoverable disbursement and are more like marketing fees.”

Ms Scully said a holistic solution is required to tackle the issues affecting motor insurance, including a ban on texting and cold calling, tighter regulation of personal injury advertising “to prevent misleading, exploitative and distasteful advertising”, stopping the sale of personal data to telesales companies, and “proper regulation” of both third-party capture and claims management companies.