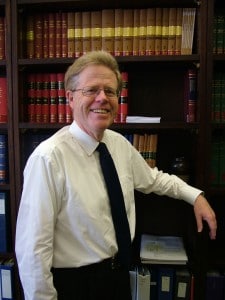 Lord Justice Jackson’s blueprint to reform the cost of civil litigation is to be implemented almost in full, Lord Chancellor Ken Clarke announced today, with the government predicting that law firms will adapt to retain their profitability, and that it may encourage new players into the market.

Alongside the result of Jackson consultation, the Ministry of Justice (MoJ) also unveiled a further consultation on reform to the county court that includes extending the road traffic accident (RTA) claims process, tripling the small claims limit, and introducing a new four-stage “dispute resolution regime” that seeks to head off all money claims worth less than £100,000 before they reach court.

Despite around 70% of the 625 respondents to the green paper opposing the thrust of Jackson, the MoJ is pressing ahead with the reforms with just a few refinements:

Briefing reporters this afternoon, justice minister Jonathan Djanogly said the proposals would “reverse the mechanics of the compensation culture”, adding that whether or not there actually is such a culture is not the argument. He said ending recoverability of success fees and ATE premiums would save the NHS £50m a year.

He said ending recoverability means “lawyers will have to more carefully consider if cases go through”, while claimants “will want to hunt around to see who is charging the lowest fees”. He added that the market for personal injury services “may well expand” as a result.

The consultation response says: “While it may be that some claimant solicitors will lose out on their current business models based on the substantial additional recoverable success fees, it does not follow that claimant solicitors cannot and will not adapt and continue to be profitable in future. Still less does it follow that claimants will not be able to pursue meritorious claims, and damages received at proportionate costs.”

Mr Djanogly said the government would not decide on whether to act on referral fees until the Legal Services Board completes its investigation into the issue, adding that it would also want to see what impact alternative business structures have on the market. Describing referral fees as a “symptom, not the cause”, he said he expected referral fee levels to come down “signficantly” as costs fall.

In the Commons debate that followed Mr Clarke’s statement, his predecessor Jack Straw called on the Lord Chancellor to ban “parasitic” claims management companies, saying that he regretted not having done so himself when in office.