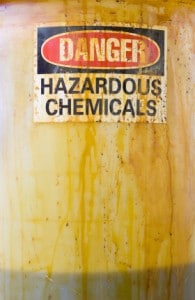 A new third-party litigation funder is bringing together a unique mix of professionals and businessmen to support a range of claims that funders have so far ignored, such as human rights, environmental and class actions.

Fulbrook Management is also focusing on using funding to support women in the law, creating a separate access point for female lawyers who need backing for their cases.

Fulbrook is the brainchild of leading US lawyer Selvyn Seidel, who was the co-founder and chairman of Burford Capital, which is listed on AIM and is the largest institutional fund in the world for commercial claims.

Mr Seidel said Fulbrook marked itself out from the competition by offering more than just funding, having assembled a team of experts beyond its core internal team with knowledge of finance, economics, insurance, accountancy, corporate intelligence, legal and knowledge outsourcing, damages calculation and other fields. They will provide “integrated input to support claims and thus enhance their value” – the kind of integration promoted by the Legal Services Act.

Fulbrook is also putting together a “strictly limited” panel of law firms around the world, with referrals flowing both ways.

Mr Seidel said: “While others emphasise ‘capital but no more’, we emphasise ‘capital but more’. “We think it is appropriate and important to help to manage the case and enhance its value, while not interfering with the client or the lawyer. We are doing this in a manner that does not bump into champerty restrictions.”

While it will fund standard international litigation and arbitration, as well as intellectual property matters, Fulbrook will be different by considering the types of cases that others have shied away from, including human rights and environmental cases.

It is already involved in claims against sovereigns in the Middle East and is currently considering claims arising from theft by the Nazis, and consumer redress matters.

Though the idea of third-party funding was initially promoted in the UK by the Civil Justice Council as a way of supporting these kinds of cases, for which legal aid is hard or impossible to secure, the market has developed almost exclusively to fund commercial claims.

Fulbrook is generally looking at commercial cases where recovery is at least $25-50m and an investment of $1-10m is required.  There is a focus on US, UK and Commonwealth jurisdictions.

The help for female lawyers – as well as female causes and other “women and the law” matters – is part of Fulbrook’s aim to “do well while doing good”. Fulbrook also aims to form a charitable foundation, and an academic centre to study particular issues relating to third-party funding, by the end of the year.