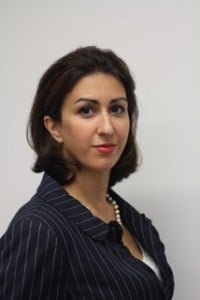 The lawyer behind a new outsourcing venture that recruits trainee solicitors and then seconds them to law firms and in-house legal departments to do their training contracts has been defending the model from a volley of instant criticism.

Acculaw, the brainchild of former Hogan Lovells lawyer Susan Cooper, aims to offer firms greater flexibility by allowing them to meet trainee demand on a shorter timescale than the usual recruitment cycle, adjust trainee resource in line with workload fluctuations, and also reduce costs because they are not employing the students.

Acculaw – which has been approved as a training establishment by the Solicitors Regulation Authority – only recruits trainees when it has demand from clients that will allow the trainee to qualify; trainees will work for between one and three firms (formed as a consortium) to complete the training requirements.

It guarantees trainees that they will qualify within 27 months, allowing firms to use send them back to Acculaw for periods when workloads fall. But they have to commit to an agreed minimum number of months for each trainee per year.

Anand Doobay, a business crime partner at City law firm Peters & Peters, will act as the training principal. Ms Cooper told Legal Futures that no firms have yet signed up to the scheme, but that she was in “advanced discussions with several City law firms”.

Though the idea of a consortium of firms taking on a student’s training is not novel, the involvement of a third party as the training establishment appears to be. Acculaw will pay trainees a salary “in excess” of £20,000, but Ms Cooper admitted it will be lower than other trainees at City firms. “It is very difficult to anticipate what trainees are going to be feeling or saying about this,” she said.

The Acculaw website says that towards the end of the training contract, it will contact the firms the trainee has been seconded to “in order to determine whether they will be offering you a permanent newly qualified position at the end of your training contract and help you manage this process”.

Posters on websites such as The Lawyer and RollonFriday were overwhelmingly hostile and questioned why firms would take on a trainee like this rather than an experienced locum paralegal. They also suggested the trainees would be far less likely to secure a job than those recruited by firms in the traditional way.

Ms Cooper stressed that firms would “not just be recruiting someone to do the photocopying” – they would be doing so with a view to their requirements for newly qualified solicitors. Firms will be obliged to treat the Acculaw trainee in the same way as all of their other trainees. “The end result is trying to ensure trainees receive better opportunities,” she said.

“Training contract numbers have dropped by 23% since July 2008. Legal process outsourcing threatens to reduce that number further,” she continued. “The model aims to make training UK-based future lawyers a more attractive proposition to firms and in-house legal departments. We want to do what we can to keep jobs in the UK and go some way to dealing with the huge over-supply of graduates in the market desperate to get into the legal profession.”

Ms Cooper said the model also helped diversity, by giving a chance for those graduates “who have perhaps had less exposure to corporate life or who initially lack confidence” to impress prospective employers over a period of time, rather than just in an interview process for which they may not be properly prepared.