EAT: fixed-share partner not an employee 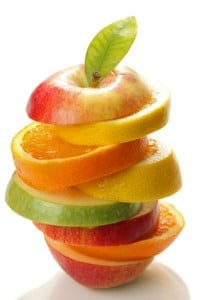 Slice of the action: a partner does not have to have a minimum proportion

A former fixed-share partner at south-coast law firm Lester Aldridge has lost his appeal against a ruling that he was a partner and not an employee in the limited liability partnership (LLP) and so unable to claim unfair dismissal.

The Employment Appeal Tribunal (EAT) ruled that there is no statutory provision or authority which states that a partner must have a certain minimum number or types of rights to vote or participate in management decisions, or that their share of profits or contribution to the partnership must reach a certain level.

Martin Tiffin argued that he was an employee within the meaning of section 230(1) of the Employment Rights Act 1996, rather than a partner within section 1(1) of the Partnership Act 1890.

After four years of working in the property department at Lester Aldridge and a brief spell as a salaried partner, he became a fixed-share partner in 2006. A year later the firm became an LLP. Under the members’ agreement, fixed-share partners had a limited vote at members meetings.

Mr Tiffin was paid an annual fixed share of profits of £55,000 plus five profit-share points worth about £7,000 (some other partners at the firm had up to 250 points). He had to contribute £5,000 to the partnership, and another £1,250 after the firm became an LLP; full equity partners contributed £100,000, subsequently increased to £150,000. Other differences in his employment status from being an associate included a change in National Insurance contribution class.

Giving the EAT’s judgment, Mr Justice Silber said there was “quite enough material” for the employment tribunal to have concluded that Mr Tiffin was a partner. On the issue of his limited involvement in management, the judge said: “The members of this tribunal are aware that in many large professional partnerships, all but very few of the partners have any right to participate in the overwhelming range of decisions made by the firm and yet they are clearly partners. There is evidence that the claimant was entitled to participate in the respondent’s management as he could attend and vote at partnership and members meetings as well as being able to make representations at them. He had authority to sign cheques on behalf of the respondent.”

He added that the Court of Appeal ruling in M Young Legal Associates Ltd v Zahid [2006] 1 WLR 2562 showed that a person could be a partner even if he was not liable to pay capital or share in the profits. The EAT was also influenced by the fact that Mr Tiffin was entitled to a share – albeit a small one – of the residue of the firm in the event of it being wound up.

That Mr Tiffin’s work was provided to him by others was not persuasive. “There is no particular reason why a partner cannot be under the direction of other partners,” Silber J said.

He concluded that while there were some factors that may have been consistent with Mr Tiffin being an employee, the tribunal had asked itself the correct question and not produced a perverse answer.