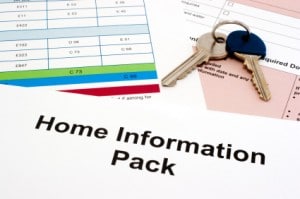 One of the country’s leading volume conveyancing firms has gone into admini-stration following the abolition of home information packs, Legal Futures can reveal.

While Fridays Property Lawyers Ltd – a licensed conveyancing firm which recently began offering probate services too – has been sold in a pre-packaged sale, there have been an unknown number of redundancies.

Julian Pitts and David Wilson of Begbies Traynor were appointed joint administrators to Fridays on 30 December 2010 and released this statement to us today:

“The company have closed down their operation following a period of rapid contraction resulting from the abolition of home information packs (HIPs). The company initially grew rapidly as a result of its HIP offering and became reliant on HIPs as a primary generator of new business. Attempts to replace new business volumes proved unsuccessful in the current economic climate.

“We are working with the regulator (the Council for Licensed Conveyancers) to ensure that all live cases have been transferred and will be completed with no delay or disruption to clients. Clients have been contacted and notified of the situation.

“Regrettably, the closure of the operation has resulted in staff redundancies.

“The website and trading style have been purchased by a new company.  The site is in the process of being reconfigured to provide new services tailored around the currently troubled property market and the company will be circulating a press release in due course.”