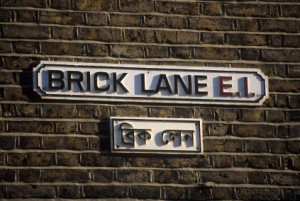 East End of London: cockneys not welcome at some big law firms

Some elite London law firms are passing over well-qualified, white working-class job applicants in favour of middle-class graduates from elite universities who they think they are better for their image, new research says.

The firms studied had successfully recruited ethnic minority candidates as part of diversity programmes, but rejected able working-class students because their appearance or accent was not thought “smart” enough.

Dr Louise Ashley of the Centre for Professional Service Firms at Cass Business School, which is part of City University London, interviewed 130 staff at five prominent London law firms, many of them in senior roles.

She said that though the firms were publicly committed to diversity in the workplace, almost all of their lawyers came from more privileged backgrounds. More than 90% of lawyers who took part in the research had fathers who had been managers or senior officials, and at two of the firms more than 70% of lawyers were privately educated.

She reported that the elite firms said they did not recruit students from less prestigious universities because they believed they were less academically gifted. However, she said the firms turned down candidates who looked or sounded working-class in order to preserve the upmarket brand, even when they were well qualified.

Dr Ashley said firms had focused on ethnicity rather than social inclusion in their recruitment and have made some progress in this respect. “However, focusing on ethnicity enables law firms to boast excellent or at the very least improved diversity outcomes despite the fact that they have continued to recruit using precisely the same types of class privilege that have always been in operation.

“As it is, on either a personal or collective basis, individuals within the profession have little incentive to introduce a more progressive approach which would genuinely recognise and reward difference on the basis of social class, since the inclusion of lawyers who are visibly working-class, or have regional accents, is perceived to threaten both their brand and their bottom-line.”

She argued that firms are contributing to the situation outlined in the Milburn report on access to the professions, which said the professions have exemplified the old notion that a limited pool of talent was enough to get by on. “A genuine commitment to diversity and inclusion as both a commercial and ethical imperative would mean that many more law firms go much further in opening their doors to a wider pool of talent.”

A partner at one of the five case study firms told Dr Ashley: “There was one guy who came to interviews who was a real Essex barrow boy, and he had a very good CV. He was a clever chap, but we just felt that there’s no way we could employ him. I just thought, putting him in front of a client – you just couldn’t do it.

“I do know though that if you’re really pursuing a diversity policy, you shouldn’t see him as rough round the edges. You should just see him as different.”

Another firm had changed its strategy from recruiting among a range of universities to hiring almost exclusively from Oxbridge. A partner in the firm told Dr Ashley: “We did suffer in terms of recruitment – we were losing out to rival firms. We changed our strategy and that’s helped with quality. We’re just a much smarter firm now.”

Dr Ashley discussed a third firm which had put into place a programme of helping students at comprehensive schools in order to prepare them for working at leading law firms as part of its diversity programme.

One of the firm’s senior associates told her: “There’s no point promoting diversity to the extent that it encourages people to become lawyers who are not lawyers. Image is everything in the law – it’s all we’ve got, our product.  What’s the point of bringing these people along who are not lawyers to bring your diversity figures up? You’re only going to end up firing them.”