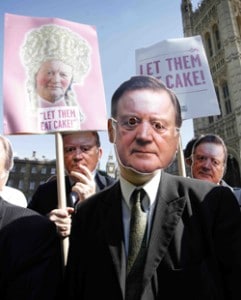 A leading disability charity has mounted a judicial review of the government’s civil costs reforms, saying ministers have failed to consider properly “the devastating impact” their proposals could have on disabled people.

The Spinal Injuries Association (SIA), which represents the UK’s 40,000 spinal cord injured people, says justice secretary Ken Clarke’s plans in his Legal Aid, Sentencing and Punishment of Offenders Bill would be like “going back in time” and have not been properly thought through.

It is the second legal challenge to the proposals – the second reading of which took place in the House of Commons yesterday – after the Public Law Project sent a letter before action over the lack of costs protection for those bringing judicial review proceedings themselves.

The focus is on the plan to make successful claimants pay their lawyers’ success fees and any after-the-event insurance premiums out of their damages.

The SIA, which is being supported in its action by other victims groups including brain injury charity Headway and Action Against Medical Accidents (AvMA), argues that the reforms, which charities fear will hit the most seriously injured victims of injury and accidents the hardest, are unlawful because the government failed to carry out proper assessments of how its proposals would affect disabled people

The charity will also argue in court that the Government has failed to undertake a proper consultation, saying that the six weeks between the consultation closing and Mr Clarke issuing a response in the House of Commons was insufficient.

It will contend that the government ignored the high level of opposition to is plans, with as many as 75% of respondents objecting to some measures, including senior judges, and that ministers did not take sufficient note of arguments that its plans would hinder access to justice.

“Access to justice should be a fundamental right to protect the vulnerable and government must consider it as one of their highest priorities.” said Dan Burden, head of public affairs at the SIA.

“For a great many people whose lives have been devastated through a catastrophic event such as a spinal cord injury, the ‘no win, no fee’ system has opened up the opportunity, irrespective of means, to submit a legitimate claim.

“A newly injured person who is facing up to a life of permanent disability and paralysis should be entitled to obtain good quality legal advice which is independent, without financial pressures impacting their decision to progress a claim.”

Introducing the bill to Parliament, Mr Clarke said that “thanks to the present scope of legal aid and the way in which the ‘no win, no fee’ system operates, many people, and many small businesses in particular, live in fear of legal action.

“Access to justice for the protection of fundamental rights is vitally important for a democratic society and something on which I will not compromise. However, our current legal aid system can encourage people to bring their problems before the courts, when their basic problem is not a legal one, and would be better dealt with in other ways. The scope of legal aid has expanded too far.”

Mr Clarke did announce an extra £20m to tide over not-for-profit advice centres this year while the impact of the legal aid reforms on them is considered.