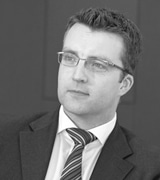 A group of insurers and their lawyers lobbied former justice secretary Jack Straw last week as part of a bid to close “loopholes” in the government’s proposed referral fee ban.

City law firm Kennedys, which set up the Civil Justice Group (CJG), has also questioned whether the Claims Management Regulator will be willing to enforce the ban as rigorously as other regulators.

The CJG – whose members also include corporates – said that while it welcomed the general direction of the government’s amendments to the Legal Aid, Sentencing and Punishment of Offenders Bill to introduce a ban in personal injury work, it agreed with Mr Straw that they have not gone far enough in ensuring an effective compliance regime. It backed his call for criminal sanctions for breach of the ban.

Kennedys partner Richard West, head of the liability division, said the group’s major concern was that the ban as currently drafted “will create potential loopholes”.

He continued: “As members of the CJG we will be working closely with members of Parliament and officials at the Ministry of Justice when the bill goes to the Lords to ensure that policymakers understand the need for a comprehensive reform package which addresses any unintended consequences.”

A briefing issued by Kennedys explained its concerns that while straight payments and/or referral arrangements appear to be ruled out by the amendments – which talk about “consideration” being paid – “careful thought is required to ensure full protection, including the capture of membership fees capable of manipulation”.

It explained: “For example, there is a danger that law firms may decide to pay a significant ‘membership fee’ to be on a panel for non-injury services which are not prescribed legal business, eg employment law, human rights, conveyancing, wills and probate or general services, and receive in return (‘for free’) the claimant injury cases.

“Would such an arrangement be captured by the ‘consideration’ definition of payment?

The firm was also worried about the exception that means a payment will not be treated as a referral fee if it is “consideration for the provision of services”.

Kennedys said: “We fear that a law firm could well seek to pay to ‘receive’ services in return for the receipt of cases. Examples of such services could include training, risk management assistance, commercial expertise, and business consultancy from those referring the prescribed business.

“Alternatively, the firm could make significant payments towards a referrer’s marketing costs, or, following the implementation of the Legal Services Act 2007, provide funds for the running of the new jointly owned business.”

It will be for regulators to enforce the ban. Kennedys said: “One assumes that the Bar Council, Financial Services Authority (FSA) and Law Society will have larger regulatory ‘teeth’ than the Claims Management Regulator (CMR). This inherently creates a risk of inconsistency of enforcement powers.

“Given the CMR does not favour a ban on referral fees, it is questionable that the CMR will impose meaningful sanctions and/or ones that reflect those imposed by the Association of British Insurers (and so FSA), Law Society and Bar Council, who favour a ban.”

It added that in the absence of a criminal sanction, the government needs to explain who will police repairers, credit hire companies and so on.

The briefing also highlighted other possible “misbehaviours” to which the government “must be alive”.

It said: “A claims management company (CMC) could still send out a large number of referrals, seeking to argue they were for assistance other than related to injury claims, which subsequently become injury claims.

“For example, within 24 hours of a road traffic accident, a CMC could refer cases on for handling claims related to damages for vehicles – before they are actually told there is an injury claim involved – but knowing that an injury claim will almost certainly materialise given the level of damage to the vehicle.”