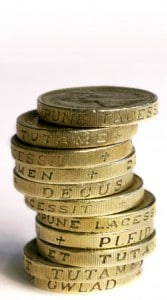 The seemingly unanimous support among the judiciary for the Jackson reforms was shattered yesterday after it emerged that three costs judges oppose them.

Masters Campbell, Haworth and Leonard broke ranks with the majority in the Senior Courts Costs Office, who back Lord Justice Jackson’s recommendations.

They made their views known in a response, produced in February, to the Ministry of Justice’s green paper, unearthed and released yesterday by the Access to Justice Action Group (AJAG).

Though the government went with the majority view after the consultation, the fact that important voices in the judiciary have such serious doubts about the reforms will give campaigners heart.

The three judges argued that the problems with conditional fee agreements (CFAs) will not be resolved by abolishing recoverability of success fees and after-the-event insurance (ATE).

“On the contrary, shifting the burden of success fees away from tort feasors and on to claimants will not only cause injustice, but also cast aside the many commendable steps that have been taken by interested parties over the past decade to iron out the malign aspects of the CFA regime.”

And if recoverability is abolished, the proposed 10% increase in general damages “will be inadequate to compensate a successful claimant for the additional amount he will lose from his damages to pay his lawyer’s success fee”.

The trio continued that “it is wrong to say (as the [green] paper does) that CFA-funded litigants have no interest in the costs”, pointing to the impact of offers to settle and the postponement element of success fees.

They were also unhappy that a portion of damages that “a court has carefully and methodically assessed” as the sum a claimant requires should be siphoned off to their solicitor.

They said the majority of problems with CFAs have now been resolved, “and where improvements still need to be made, they can be completed without dismantling the existing regime”.

These improvements included extending the road traffic claims process (which the government has now proposed), only making CFAs available to individuals, halving the 100% cap on recoverable success fees and reducing them further after an admission of liability, and notifying the defendant of the level of success fee in the CFA and any staging.

On ATE, they said the Jackson reforms had gone “much too far”. Instead there should be standardised premiums wherever possible, while recoverability should be prohibited where there is no need for it. Specifically this would be where a party has before-the-event cover or is backed by his trade union, is a PLC or public body, or liability has been admitted.

They also said the current test on proportionality should remain as it is, rejecting the new formulation recommended by Jackson LJ.

AJAG co-ordinator Andrew Dismore said: “This submission by three senior costs judges confirms what most claimant side people have been saying, ignored by the government. Whilst we do not agree with all they have to say, their main points are extremely important. We agree that while reform is needed, there is nothing to be gained by wholesale reform which will threaten access to justice for many people.”