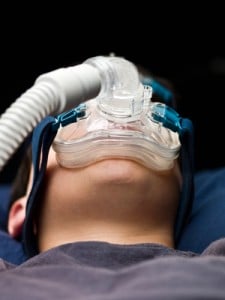 The government could face challenges under the Human Rights Act if it presses ahead with the Jackson reforms to civil costs, a leading counsel’s opinion has warned.

Nigel Pleming QC and Colin Thomann of 39 Essex Street said there are “real prospects” of a challenge because of the reforms’ impact on claimants with catastrophic injuries, in breach of articles 6 (access to justice) and 14 (fair treatment) of the European Convention on Human Rights.

The opinion on the Ministry of Justice green paper – consultation on which closes today – has been sent to the Lord Chancellor, Ken Clarke. It was obtained by the Association of Personal Injury Lawyers and Personal Injuries Bar Association. Mr Pleming is a human rights and administrative/public law specialist.

The barristers noted fears that the proposals will result in a severe reduction in the prospects of finding a reputable lawyer to act on the basis that he will not be properly remunerated for the work done and risk incurred.

“They seem to us to place claimants who have suffered the most complex personal injury at a particular disadvantage as regards their prospects of securing adequate legal representation, financial protection from adverse costs consequences and adequate compensation to permit a return to active daily life.”

This would reduce the availability of access to justice, meaning “it seems to us there is a real prospect of a successful challenge under article 6”.

The opinion continued: “A particular difficulty underpinning the reasoning supporting the current reform proposals, as we understand it, is its imposition of a funding regime calibrated upon the ‘great majority’ of claims on victims of catastrophic injuries. This seems to us a prima facie breach of the requirements of equal treatment in securing access to courts.”

The barristers said the victims of catastrophic and disabling injuries would likely be considered a distinct “class” for article 14 purposes, and so the impact of the reforms on them would need “substantial” justification. “This analysis seems to us still to be outstanding.”

APIL president Muiris Lyons said: “This opinion shows clearly that the proposals are not only to the detriment of injured people, but that they could also be against the law.”