Clarke: there are too many would-be barristers 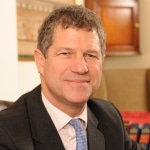 There are too many barristers in private practice, Lord Chancellor Ken Clarke has said.

In a report to barristers on a meeting with the justice secretary, Bar Council chairman Peter Lodder QC said Mr Clarke had also claimed it was “cloud cuckoo land” for chambers to think they could continue as they used to.

Mr Lodder said: “Although Ken Clarke praised the efforts which the Bar has made to improve access to the profession, he expressed the view that too many are trying to practise at the self-employed Bar.

“I emphasised that the quality of applicants has never been higher but practitioners feel that the government (and the Lord Chancellor) do not value the service they provide, often in very difficult circumstances, at the front line of public service. They feel abandoned.”

Mr Clarke also said the Bar had to face changes in its markets and that chambers simply could not carry on as they used to, Mr Lodder recounted. “It was ‘cloud cuckoo land’ to pretend that the world had not changed. He compared the current situation at the Bar to the run-up to the Big Bang in the City in the mid-1980s. Many barristers appeared to him to be like ancient stockbrokers.”

The report said that Mr Clarke was looking forward to seeing serious competition in order to maintain quality at the Bar, with the Ministry of Justice’s consultation on competition in criminal defence services to be launched by the end of the year. Implementation of any scheme will probably take place in 2013, or possibly 2014.

Mr Lodder told barristers: “This is clearly not what the profession wishes to hear, but it is the view of the Government and it is better that you are aware of it.