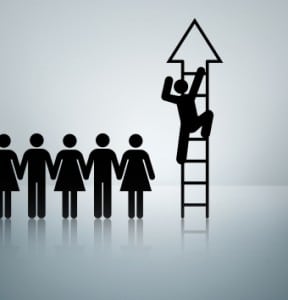 Three magic circle law firms are among the first to back an online initiative aimed at helping underprivileged youngsters break into the professions.

Allen & Overy, Slaughter and May and Freshfields Bruckhaus Deringer, along with accountancy giant Deloitte, have all signed up to accessprofessions.com, a charity website launched earlier this month. It intends to connect students aged between 13 and 21 with career-enhancing opportunities in a practical attempt to boost social mobility in the law.

The Law Society is among the 34 accessprofessions.com ‘partners’ that have signed up so far and will be an active participant in the site.

Marc Zao-Sanders, the social entrepreneur who founded accessprofessions.com, said he was motivated in part by government inaction after the publication in 2009 of the Alan Milburn report on fair access to the professions. A website to link young people with careers information was one of the Milburn recommendations.

Speaking to Legal Futures, he said: “The website links young people with ways of accessing top professions. It establishes relationships with universities, businesses and employers, and law firms in particular, such as Freshfields, which is providing pro bono legal advice.”

Ms Masey said: “Most young people don’t know how to access opportunities that help them further their career. The idea is to bring together work experience, internship and similar opportunities in a collaborative project.”

The site connects students with information on such things as careers fairs, ‘taster’ days, work experience, summer schools, seminars and lectures. They register details of their educational background, career ambitions and so forth, and are then contacted by e-mail when suitable opportunities arise. So far, the site has 106 opportunities listed and 315 students have signed up.

An example of the opportunities listed is a careers information event to be hosted in April by the College of Law at its Moorgate campus in London. “This is a rare opportunity to meet some of the world’s leading law firms, and would make an excellent addition to your CV,” the listing says.

Mr Zao-Sanders said the interest shown up to now was “a good start” and that “the marketing has only just begun”.

The launch came as the Institute of Legal Executives – which offers non-graduates the only route to becoming a fully fledged lawyer – announced a 40% increase from 2009 to 2010 in the number of exams being taken for the Level 3 Professional Diploma in Law and Practice, which is the equivalent to A-level standard. This leads onto the Level 6 course, which – combined with work experience – enables students to become Fellows of the Institute, and then partners and judges.

ILEX chief executive Diane Burleigh said: “What is so brilliant about this increase is that more students are recognising the benefits of becoming ILEX members. Even at this stage in their studies, many of them will be already working in the legal sector and so ILEX qualifications can be a way to demonstrate their skills to both clients and their employers. Going to university is not the only route to a successful career in law and, with escalating concerns over student debt, many students are deciding to ‘earn as they learn’ and study with ILEX.”

Meanwhile, the City of London Solicitors Company – the livery company attached to the City of London Law Society – teamed up with the Haberdashers Company late last year to provide an introductory dinner and day of work experience for 70 AS-level students from the seven Haberdasher schools around the country (a mix of private and state schools).

Some 16 leading City law firms took part. “Numerous thank-you letters have been received with a number of the students clearly intent on studying law with a view to applying to City firms in due course,” said Neil Cameron, clerk to the company.