BTE ruling “does not provide solicitors with a blank cheque”, top insurer warns 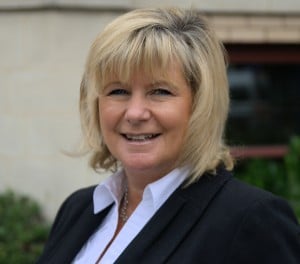 Mortimer: ruling does not say solicitors can expect to be paid at their usual rates

However, the chairman of the Association of Costs Lawyers has said the decision could open up new work opportunities for solicitors.

DAS said that London firm Webster Dixon’s success in establishing that a BTE insurer cannot decline a policyholder’s claim because they want to instruct a firm that charges higher rates than the insurer stipulates is “helpful but should not be misinterpreted”.

Head of legal services Kathryn Mortimer said: “While the circumstances behind this judgment are interesting, I don’t think they are particularly representative. It is surprising to see an insurer simply declining a claim on such grounds, but BTE policies vary greatly and insurers will have different ways of managing costs.”

She pointed out that Mr Justice Barton acknowledged that legal expenses insurers have to be able to control costs for BTE insurance to be sustainable, especially at a time when other funding options are being diminished.

“Legal protection premiums have been under considerable pressure for some years, especially since the recession. Insurers will continue to appoint firms outside their panels where it may be appropriate, but the imperative to control costs is stronger than ever, so firms can’t expect a blank cheque.

“The judgment stops considerably short of telling solicitors that they can expect to be paid at their usual rates.”

The judge also indicated that policyholders opting to use a solicitor other than one recommended by the insurer will be exposed to a risk that some costs may not be covered. “Firms that refuse to act on the terms indemnified by the policy will have to make sure their client is aware that they may end up having to pay any shortfall,” Ms Mortimer added.

Tony Buss, managing director of fellow leading BTE insurer ARAG, said: “With no evidence to suggest non-panel firms deliver a heightened level of service to the policyholder, those firms may well be the only long-term beneficiaries from the judgment. At a time when, the take-up of BTE is being encouraged, this cannot be a positive development overall.”

He said ARAG’s policies fully comply with the decision anyway and do not take a “one size fits all” approach to rates, including of non-panel firms – but Mr Buss said that did not mean ARAG embraced the appointment of non-panel firms.

“Unless the complexities of the case warrant the appointment of a non-panel firm, we are confident that our policyholders receive at least as high a level of service from our panel firms as they would their chosen lawyer, but at a fraction of the cost. That cost, as the judgment recognises, is reflected in the very modest premiums policyholders currently pay.”

Increased costs exposure for insurers “is likely to be passed on to policyholders in the form of higher premiums”, he warned.

However, Iain Stark, chairman of the Association of Costs Lawyers, said the ruling would provide solicitors with opportunities to tender for work which before they may not have been able to do because of the rates they thought they would have to accept. “The judgment doesn’t provide clarity [on what rates will be paid] but it does provide an opportunity,” he said.

At the same time, solicitors who discount the use of BTE because of the rates on offer and instead put clients on conditional fee agreements will have to change their approach and give the BTE option more consideration, he said.

The ruling might also put paid to the long-running debate over when in the course of a case the client’s freedom to choose their own solicitor kicks in, he added.