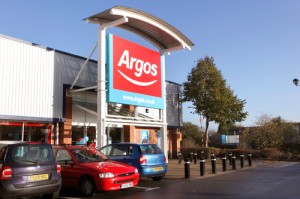 The war of words over the Jackson reforms restarted today ahead of MPs resuming scrutiny of the Legal Aid, Sentencing and Punishment of Offenders Bill tomorrow.

The Association of British Insurers (ABI) has put together a ‘consortium for compensation reform’ made up of 16 leading retailers and business groups to support its call for Parliament to implement the Jackson reforms in full, saying the bill provides “a much-needed opportunity to mend our broken compensation system”.

The coalition is made up of Ford, Argos, Asda, Costa, BAA, Premier Inn, Whitbread, Lloyd’s, the Lloyd’s Market Association, the British Safety Council, manufacturers’ organisation EEF, the Society of Motor Manufacturers and Traders, the Centre for Justice, Alarm (which represents risk managers in the public service), the Association of Insurance Risk Managers in Industry and Commerce, and the Forum of Insurance Lawyers.

The Access to Justice Action Group (AJAG) has hit back, saying the ABI is “in overdrive in its well-financed campaign to blame the public, lawyers and the government for rises in insurance premiums: everyone but themselves”.

The ABI has also published a report “highlighting how the compensation system is failing too many genuine claimants, and the high price being paid by consumers, taxpayers and businesses”.

Though much of it repeats familiar arguments and statistics, it includes the results of a YouGov poll in June of 2,613 adults which found that 51% had been approached by a claims management company so far this year. But only 3% said this had been helpful in making their claim.

Some 83% believed claims management companies serve no useful purpose and 49% said they encourage false claims and add to the compensation culture. More than nine in 10 said they would be concerned or annoyed if their details were sold for a referral fee.

ABI director-general Otto Thoresen argued that claimants can get “more money quicker by claiming directly from insurers, but ambulance chasing lawyers can still manipulate the system”.

Rob Chester, head of risk and trading law at Asda, said that while the company is committed to providing a safe environment for customers and staff, keeping business costs under control “helps us to continue to reinvest in lowering prices for our customers”.

AJAG co-ordinator Andrew Dismore accused insurers of wanting to be their own judge and jury. “The present system protects claimants and ensures they receive what the law says they are entitled to, not what the insurance company says it is prepared to pay.”

He continued: “There is no compensation culture. The reality is that 23% of road accident victims do not bother to claim and only 52% claim for an accident at work, even when they each know another person is to blame. The biggest barriers claimants identify are fears of legal costs and inadequate compensation levels, set to be made worse by the bill.”

The bill is now at the committee stage and after taking evidence and beginning the debate on it in July, MPs will undertake line-by-line scrutiny of the legislation tomorrow, Thursday and the same days next week before Parliament breaks for the party conferences. When it resumes in October there will be two further days of committee ahead of the bill being passed on to the House of Lords, where the real battle is expected to take place.

Nevertheless opposition MPs have laid down a raft of amendments to ameliorate what they see as the harshest aspects of the Jackson and legal aid reforms, but the coalition majority on the committee means they are unlikely to succeed.