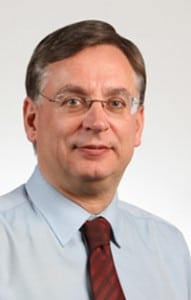 Twelve law firms have so far joined claims management companies and legal expenses insurers in the campaign to oppose implementation of the Jackson reforms.

The Access to Justice Action Group (AJAG) has already begun lobbying MPs, and also told the justice select committee that the impact of the reforms on solicitors could lead to monopoly suppliers of personal injury legal services.

It has also emerged that some restrictions on personal injury advertising are in the offing.

AJAG is being co-ordinated by former Labour MP Andrew Dismore, who told Legal Futures that “hundreds of e-mails” have already been sent to MPs by supporters’ staff and clients. There has been a “good response” from some MPs, although some Conservatives are using a standard reply that has been developed by the party. Mr Dismore added that supporters are taking up offers of meetings with MPs to discuss the Jackson green paper. “The campaign is snowballing pretty rapidly,” he said, adding that supporters had donated enough money to keep it moving.

The justice committee is currently conducting an inquiry into access to justice, comprising both the Jackson and legal aid green papers. Having called for written submissions, the committee announced yesterday that it was extending the inquiry so that it can hold oral hearings in February.

AJAG is calling on the government to adopt one of Lord Justice Jackson’s fallback packages, involving restrictions on recoverable success fees and ATE insurance, rather than abolition of recoverability. In its submission to the justice committee, it said: “Under the primary proposals (full Jackson implementation), there will inevitably be a contraction in the market with fewer solicitors able to make personal injury work profitable and fewer (if any) ATE insurers, as this market could well disappear completely.

“Fewer suppliers of services inevitably will create local monopoly suppliers with consequently reduced pressure on maintenance of quality of representation and which will drive up costs in the long run. This means further restriction on access to justice at the local level; and the growth of bigger more distant legal operations, as has already been happening as firms have progressively withdrawn from legal aid more generally, as they consider it insufficiently viable.”

Meanwhile, justice minister Jonathan Djanogly has told Parliament that the Claims Management Regulator will soon consult on an amendment to the rules governing claims management businesses advertising. Responding to a written question from Labour justice spokesman Andy Slaughter, he said: “The first stage will be to bring forward measures to prohibit claims management businesses from offering and marketing advance cash payments, other financial rewards or gifts that might induce people to initiate claims with them.

“This will be followed by consideration of what further, wider changes are necessary in relation to claims management businesses advertising and marketing taking full account of the outcome of any review of advertising by the ASA (Advertising Standards Authority) and SRA (Solicitors Regulation Authority).”

Mr Djanogly said the ASA is still considering whether or not to undertake a review of advertising to take account of Lord Young’s report on the compensation culture, while the SRA is looking at advertising as part of its work on the new Solicitors Code of Conduct.