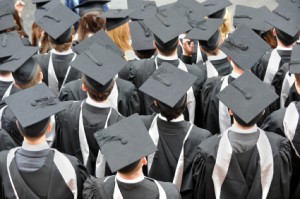 A groundbreaking scheme aimed at young people from disadvantaged backgrounds who are interested in a legal career is helping them with their university ambitions, new figures have shown.

Students who have gone through the £3m Pathways to Law scheme are more successful in gaining a place at Russell Group or 1994 Group universities than a comparator group who have not received the same support.

Since its inception in 2007, 1,250 A-level students have taken part in Pathways. They are chosen for their academic ability, interest in studying law and/or pursuing law as a career, and for coming from a family with little or no history of higher education.

Over two years they attend lectures, seminars and guidance sessions held by the seven partner universities – Bristol, Leeds, London School of Economics, Manchester, Southampton, University College London and Warwick – and at regional centres of the College of Law.

They also have a short work placement at a law firm, attend a three-day national conference and are assigned a current university law student as a mentor.

A further 17 law firms across the country, as well as two chambers and the Inner Temple, offer placements and other opportunities to the students.

The first Pathways annual report said the scheme raises participants’ academic ambitions, with 85% of the first cohort of students applying to Russell Group universities, compared with 61% of the comparator group.

In line with the objectives of the programme, a high proportion of the first cohort (54%) went on to study law at degree level, with a further quarter studying subjects with traditionally high rates of postgraduate conversion to law.

Richard de Friend, chairman of the academic board at the College of Law, said: “Although proving a definite effect for any given educational intervention is notoriously difficult, there are indications that Pathways to Law is having a positive impact. The scheme is generally reaching the right students and there appears to be a clear benefit in terms of increasing the likelihood of admission to a top university.”