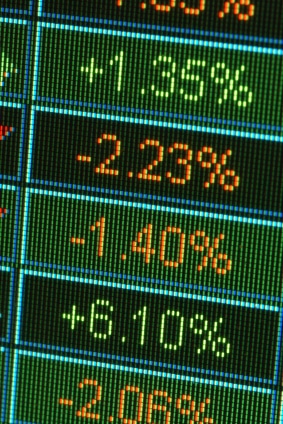 London practice Memery Crystal now advises more AIM companies than any other law firm, according to the Hemscott AIM Adviser lawyer rankings for the third quarter of 2011. It is only the fifth firm to top the table since the rankings began in 2007. With six new clients gained in the quarter, the firm now has 47 AIM clients. Pinsent Masons drops down to second place, holding a steady client list of 43 AIM companies. Next come Lawrence Graham (the top adviser of AIM 100 companies), Channel Islands firm Carey Olsen and Eversheds.

The Society of Will Writers (SWW) has recovered off the street in south Yorkshire town Gainsborough hundreds of files from a will-writing company containing personal information. The company, which was not a member of the SWW, ceased trading earlier this year, and another will-writing business in Doncaster found the files dumped on the street outside its offices. They contacted the SWW as they did not know what to do.

The SWW arranged to collect the files for safe keeping and has written to all the clients in the files to inform them where their files are and how the society can help them as it says some of the documents show wills or trusts that are not legally valid. The SWW says it has also recovered hundreds of original documents which many clients believed they paid the defunct company to safely ‘store’ on their behalf.

The SWW has backed the Legal Services Consumer Panel’s and indicated that it would like to be the regulatory body.

Carmarthen law firm Ungoed-Thomas & King has become the 200th practice to join the Law Society’s Diversity and Inclusion Charter. The society says more than a third of all private practice solicitors now work in practices signed up to the charter, which embodies a commitment to develop and implement best practice in equality, diversity and inclusion as employers, as providers of legal services, as purchasers of goods and services and in their wider roles in society.

Elisabeth Davies has taken over as chairwoman of the Legal Services Consumer Panel after Baroness Dianne Hayter resigned because of commitments in the House of Lords. She will hold the post until 31 March 2013.

Ms Davies, who was an ordinary member of the panel up until yesterday, is director of partner relations at Age UK. She was previously deputy chairwoman of Wandsworth Primary Care Trust and is the former chairwoman of Wandsworth Citizens Advice Bureaux. Her career includes a series of senior roles in the health sector, while she was also previously director of policy at the Refugee Council.

Diversification is “key to survival”

Almost one in 10 professionals fears going out of business if trading conditions fail to improve in the coming months, according to the latest bi-annual SME survey by insurer Aviva. The survey of 260 professionals, including lawyers, found that 34% have found trading conditions tougher than they expected so far this year, though nearly half (47%) said they had been largely as expected.

Diversifying their business by offering new products or targeting new audiences was identified as the main strategy professionals are adopting to keep their businesses healthy (21%) followed by reducing prices and reducing staff hours/pay/overtime/benefits (both 13%).

Vannin Capital – which launched into the litigation funding market last month with seven cases already funded and significant backing from a leading private equity firm – has added Nicholas Stewart QC and Michael Riegels QC to its advisory board.

A QC for over 24 years, Mr Stewart practises chancery and commercial cases at Ely Place Chambers and sits as a deputy High Court judge. British Virgin Islands (BVI) based Michael Riegels QC is a former senior partner at Harney Westwood & Riegels. He was one of the so-called gang of five who drafted the original International Business Companies Act in 1984, the principal statute of the BVI’s offshore financial industry for many years (and subsequently copied by a large number of competing offshore jurisdictions).

Nine out of ten people in Cambridge are against government plans to withdraw legal aid for clinical negligence cases, according to a survey conducted by local law firm Ameer Meredith. It contacted 693 people – none of whom have ever been the victim of clinical negligence – to ask whether people who have suffered severe injury as a result of medical negligence should be entitled to legal aid. Some 91% said yes.