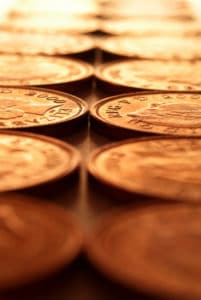 Money: held on office account in breach of rules

A personal injury firm was forced to sell its multi-track work at a “considerable” loss after the “sudden and unexpected” withdrawal of support from its bank, the Solicitors Disciplinary Tribunal (SDT) has heard as it fined two partners and a non-lawyer partner for retaining unpaid professional disbursements in its office account.

The tribunal heard that PR Scully & Co, based in St Helens, Merseyside, received £180,000 from the sale.

In a statement of agreed facts attached to its ruling, the SDT said that PR Scully and sister firm SBW Lawyers “permitted a total cash shortage” of over £125,000 to occur “when both firms were in financial difficulty in the belief that the bank would provide further financial support”.

“The respondents assert that they acted to resolve the position by selling their multi-track book (at a significant discount) when the position of its bank and consultants changed.”

The SDT said that, according to the respondents, the sale resulted in a “considerable financial loss in the long-term” but their priority was to “remedy the financial position” as soon as possible.

“The respondents were aware that disbursements were always their contractual obligation to pay, regardless of whether a particular case was successful and have produced evidence of £240,062 being paid from their own funds from 2012 to 2016 in respect of disbursements where costs were not recovered from insurers.”

The trio also said no clients or suppliers had suffered any financial losses.

All three respondents admitted failing to remedy the breaches promptly on discovery. As compliance officer for finance and administration (COFA) of both firms, Mr Brown admitted failing to take all reasonable steps to ensure they complied with their obligations.

The tribunal heard in SRA v Scully, Brown and Nacarlo (case no.11573-2016) that in January 2014 the firms’ insolvency adviser contacted the SRA, and later advised that they would have to enter a partnership voluntary arrangement (PVA).

The following January a forensic investigation officer from the SRA visited the firms and identified cash shortages. The SDT said the trio offered no special mitigation, but it would take into account factors set out in their statement of agreed facts and outcome.

The aggravating factors were that the misconduct was “deliberate and repeated” and the respondents knew or ought to have known that the conduct was in breach of their obligations to the public and reputation of the legal profession.

The mitigating factors were that they voluntarily notified the SRA of the facts and circumstances, made admissions at an early stage, had no previous disciplinary history and were not accused of dishonesty.

Mr Nacarlo was also made subject to a section 43 order, preventing him from working for a law firm without the permission of the SRA.