Mayson: lawyers have lost touch with what clients want and need to rethink cost base 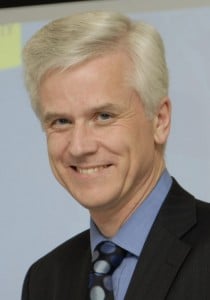 Too many lawyers have lost touch with what clients are really looking for and need to do more to create value for their clients, legal strategy expert Stephen Mayson has claimed.

He also argued that major law firms need to rethink their cost base as “stripping out cost, based on the traditional ways of working, has gone about as far as it can”.

Addressing a Law Society breakfast last week, Professor Mayson identified four key questions law firms should be asking themselves so that they can anticipate “disruptive forces” that are heading towards the profession, such as alternative business structures, legal aid reform and globalisation.

The first question would be: “How can we create value for our clients?” Professor Mayson said: “I’m not talking about added value like newsletters, seminars and free visits. Successful firms understand the value that goes to the essence of the client’s transaction or dispute or conception of success – which might be the killer legal point, but could equally be something of practical importance, such as enhancing the working relationship between the parties for the future.

“Lawyers often claim that they understand what success and value look and feel like to the client; but talking to clients suggests otherwise. No business can survive without creating value for its customers. It’s not surprising that the retail legal market is due for a discontinuous shake‐up: too many lawyers have lost touch – or indeed were never in touch – with what clients (or those who fund them) are really looking for.”

He said the second question should be to examine the nature of the firm’s competitive advantage. Most law firm strategy appears to be “conceived in a vacuum that takes too little account of the size and nature of the various marketplaces in which the firm operates – and virtually no account of the position or responses of competitors”. Despite years of increasing competition, the law remains a “fragmented and relatively undifferentiated industry” in which firms are often hard‐pressed to explain why clients should choose them rather than another.

The third question is whether firms are “truly managing for efficiency and profit”. Professor Mayson’s view was that few do. An analysis of the published figures of the top 100 indicate that their increased profits are principally down to stripping out cost, despite two consecutive years of lower productivity. The numbers “suggest that firms have carried too much human capacity”, he said, but the high levels of profit at the largest firms have not provided motivation to change.

He said: “So the cost base of major law firms has probably reached a point of discontinuity. Stripping out cost, based on the traditional ways of working, has gone about as far as it can. A further re‐think is required about the balance of lawyer and non‐lawyer capacity; of human and technological capacity; of internal and external resourcing (as BPO and LPO extend their influence); and of financing through debt or equity, and with either being provided internally or externally.”

Professor Mayson’s fourth question was: “How do we connect strategy to personal action?”. He explained: “Successful firms realise that strategy implementation is not about voting for the strategy, but about individuals doing things. They articulate and agree with individual partners what their contribution should be to that implementation.”