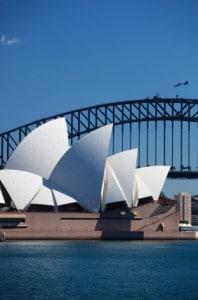 The news comes as S&G and Integrated Legal Holdings (ILH) – the only other listed legal practice, also in Australia – both announced strong results for the 2010/11 financial year.

It first emerged last year that S&G was watching the UK market, but it told investors last week that exploring the “potential opportunity” in the UK is one of its business priorities for the coming year.

The firm cited the global financial crisis, the introduction of alternative business structures (ABSs) and the impact of personal injury reform on the profitability of small firms as factors driving change in the UK market.

Though S&G is investigating other markets too, managing director Andrew Grech said the UK is of particular interest because of its jurisdictional similarities to Australia and the imminent introduction of ABSs, allowing for listed law firms to operate here.

Mr Grech said the firm was able to achieve “strong organic growth of the base business… while we were integrating the major acquisitions”.

S&G is at heart a personal injury firm but has listed “aggressively developing the family law and private client services practices by the introduction of innovative service offerings and potentially by acquisition” as another priority. It is building a commercial practice too.

Meanwhile, ILH – a network of three law firms and an online legal document-assembly business – saw revenue grow 19% to A$29m, with profits up 51% to A$1.3m. It also completed two acquisitions in the year, which merged into two of the existing firms.

The consolidator’s goal is to build a network of medium-sized firms in the mid-market, SME and high net-worth client segments. It was recently named as one of Australia’s fastest-growing businesses.

It is targeting 15-20 member firms over the next five to 10 years. The model is described as “freedom within boundaries” as member firms retain their branding and continue to run their businesses as they were previously doing, but with “strategic, financial and risk management boundaries”.