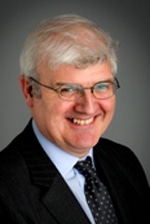 Hunt: we want to be at the vanguard of the revolution

A ‘virtual’ law firm has today become the first UK solicitors’ practice to announce its intention to seek a stock market admission so as to fund growth and attract more solicitors to the business.

Everyman Legal will become an alternative business structure when it can and then trade its shares on Sharemark – a stock market for smaller companies – in the last quarter of 2012 with a view initially to raising up to £500,000 the following year.

Founded in 2007, Everyman Legal specialises in providing legal services to entrepreneurs, combining a national network of 13 “partner” solicitors with the sale of online templates and information. It had an annualised income of £1m last year.

Everyman Legal founder James Hunt, who also created the UK’s first incorporated legal practice, Hunt & Co Solicitors Incorporated, in 1992, said: “I recognise that this may seem to some to be a very bold move, but we share the entrepreneurial spirit of our clients and plan to be at the vanguard of the revolution taking place in the legal sector. We’re under no illusions that if you don’t put in place the right long-term plans, you will not create the right structure and environment for rapid, sustainable growth.”

Sharemark is a trading platform that allows shares to be traded at a single price, at set periodic intervals, without the need for market makers; companies can later move to AIM, while some have moved from AIM to Sharemark. Everyman Legal will seek to be admitted by the end of 2012, with a fundraising expected to follow around 12 months later.

The company has recently closed a small issue of convertible loan notes to provide interim development capital. A fundraising after joining Sharemark would enable the company to raise equity from a position of strength – allowing it to build the framework and structure to support a rapid scale-up of its operations.

With a target valuation of the business at £3m, the plan is to pay dividends at 5% and double the value of Everyman every 12 months.

Mr Hunt, who will be speaking about the firm’s plans at the Legal Futures Conference on 17 October, said: “Starting out on a smaller market such as Sharemark is a great way to build profile and get to grips with the practical challenges of being a traded company. It will also enable us to start the process of forming relationships with potential investors and analysts, while the low cost and regulatory burden will not weigh us down. This move is also evidence that smaller law firms can take advantage of the Legal Services Act.”

Sophie Murra, manager at Sharemark says: “We are delighted that Everyman Legal is interested in using Sharemark. The nature of Sharemark’s design makes it ideal for small companies wishing to attract shareholders who can then trade shares in a secure environment.”

In order to join Sharemark the firm will need to increase its shareholder base and recruit more solicitors. It is currently on a recruitment drive for practice heads in corporate, real estate, IP/IT, dispute resolution, and personal tax and trusts.

Everyman solicitors typically work from home, building their own practice. They are provided with a web-based marketing platform, back-office systems and administrative support through the company’s Oxfordshire-based hub. The company has dropped hourly rate billing as the principal method of charging. Instead it agrees a fixed fee against an agreed specification of work.

“Our business model will appeal to the entrepreneurial solicitor. By joining us they’ll find themselves amongst kindred spirits,” said Mr Hunt. “We provide solicitors with the opportunity to practise law on their own terms and without the politics and bureaucracy often associated with larger firms. With the recession set for a further five years, we believe Everyman offers an exceptional platform that will attract the very best solicitors.

“From those who might otherwise be expected to retire, to the mid-career solicitor yearning for a new challenge, to the solicitor at the start of his or her career who is disillusioned with the traditional law firm, we can provide an exceptional opportunity.”