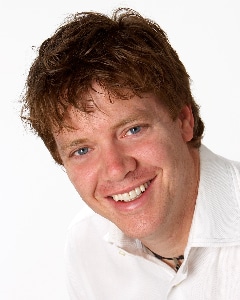 A leading City lawyer is targeting major Chinese and Indian law firms with a view to using alternative business structures (ABSs) to help them build global practices from the UK.

Stephen Kines, a former equity partner at Linklaters and, until the end of this month, an equity partner at Bird & Bird, said the time is right for Chinese and Indian firms to expand by following their clients as they move into Europe and the Americas.

This is the same strategy that UK and US firms used to grow internationally and Mr Kines – through his consultancy Kines Global – is bidding to help Chinese and Indian firms execute it over a three-year period.

Mr Kines said Chinese and Indian law firms have allowed foreign law firms “to dominate the representation of the Chinese, Indian and Asian businesses”, but that there are opportunities to “correct that balance” because they have a better understanding of such clients.

He said there is interest in doing this, and that a recent report for the Solicitors Regulation Authority – which reported that one of China’s largest law firms is to open in London shortly as part of a plan to create an ABS targeting Chinese investors to the UK with a one-stop shop of professional advisers – rang true.

While there are various ways this expansion could be done, Mr Kines is promoting London as the foundation for the first stage of branching into Europe. “London would be a good place to start for the first-level investment [in expansion] because of the financial markets and also become of the flexible structure provided by ABS,” he said. Africa and the Americas would be stage two.

An ABS structure would allow for “flexible relationships” at the beginning falling short of full ownership and – rather than a traditional branch arrangement – ensure an “equality of relationship” between the City lawyers recruited in London and the parent firm in China or India. This is vital to create a “platform for talent”, he said.

ABS would also permit external investment, with Mr Kines focusing on mezzanine financing as the most appropriate form because it does not involve all the extra elements of full equity funding. “If you look at a straight domestic Chinese law firm, they don’t have millions to throw around to fund an operation or do a buyout,” he said.

Mr Kines said he was not overly concerned by fears that European regulators will reject ABSs operating in their countries. As a technology, media and telecoms specialist, he said was used to being a first mover and so “I’m not that worried about being a little bit cutting-edge and pushing the regulators”.

Mr Kines is a Canadian lawyer who has also worked in the US. Based in the Czech Republic, he was hired by Bird & Bird in 2008 to build its central and eastern European (CEE) practice. He is working with five other specialists in Kines Global with experience of a range of major law firms, including Henk Goossen, former head of CEE tax at Linklaters.