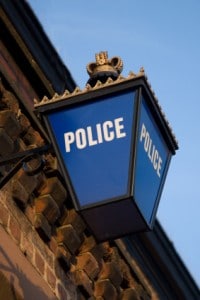 Wake-up call: will barristers want to attend the police station at 3am?

It is “absolutely inevitable” that criminal legal aid practices will need to morph into a cross between a solicitors’ firm and barristers’ chambers, one of the founders of a groundbreaking firm in the north-east of England has claimed.

Nick Peacock, who along with fellow barrister Brian Mark and solicitor John Turner recently formed Kyles Legal Practice, said they had created the legal disciplinary practice offering a full in-house service from police station to court because “it was obvious to me and others that there wasn’t much of a future for the junior Bar”.

Kyles, headquartered in North Shields, was set up in July with a legal aid contract for 12 offices across the region. Seven are already open and the firm is on nine duty rotas.

The structure chimes with the vision of Bar Council chairman Nick Green QC, who said in June that the criminal Bar needs to transform itself into “fully functioning litigation units” within the next 12 to 24 months if it wants to survive (see story).

Mr Peacock, who had been in chambers for 15 years and previously worked in-house at law firms, said that though the Bar would have to adapt, “it will be a struggle to get some barristers out of bed at 3am to go to a police station”.

He explained that the aim was to build a different kind of firm – the three partners have agreed, for example, that they will be paid no more than solicitor fee-earners. The firm has 15 lawyers at the moment and is currently recruiting more lawyers to join duty rotas. They will be consultants paid a percentage of the money they bring in.

Predicting that “one case, one fee” would become a reality in the next year to 18 months, the barrister said they were sure they could make a business of criminal legal aid, even though it is “always a struggle”.