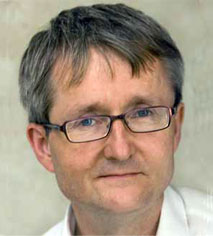 Townsend: working hard to ensure the New Year target will be met

The Solicitors Regulation Authority (SRA) is in “serious discussions” with just 15 potential alternative business structures (ABSs), it has emerged.

With the SRA likely to start accepting ABS applications in December, and license the first ones in late January or early February, it has received around 500 general enquiries over the summer and early autumn. It believes that many potential ABS are watching and waiting for the initial rush to pass.

Revealing the details at a Claims Management Magazine event – reported by Legal Futures Associate Eclipse Legal Systems, which sponsored it – chief executive Antony Townsend also once again defended the authority over the delay in licensing ABSs.

“We did our best to be ready for 6 October,” he said. “We are now working hard to ensure the New Year target will be met. We will keep up the political pressure in order to deliver. I do appreciate it is a very difficult position for those who have carefully drawn-up business plans.”

Meanwhile, Liberal Democrat MP Tom Brake – who co-chairs the party’s backbench committee on home affairs, justice and equalities – has put down an early day motion in Parliament in response to the Solicitor Sole Practitioners Group’s last-ditch campaign to derail ABSs.

The motion was tabled on 18 October and the only other two signatories to it so far are Conservative MP Peter Bottomley and Labour’s Valerie Vaz.

So far 171 people have signed the group’s anti-ABS petition on the government’s e-petitions website. It needs 100,000 to make it eligible for debate in Parliament.