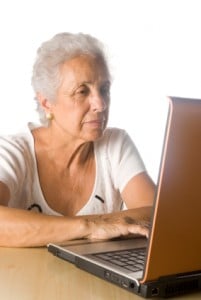 Some lawyers and financial advisers may be exploiting bereaved families by overcharging for probate, over-50s organisation Saga has suggested – pointing consumers to its own, cheaper, legal services arm instead.

The company – which launched Saga Legal Services last November – warned that the over-50s are “squandering millions of pounds a year on once-in-a-lifetime probate and will-writing decisions”.

It said “friends, relatives, charities and other benefactors are being deprived of up to 5% of their estate value, which could be around £7,200 for the average estate”.

A poll of the 11,000 people found that 90% of older people choose a solicitor or financial adviser when it comes to making wills and dealing with probate, “despite the fact that some charge as much as 5% of the value of estates – enough to buy a car, a holiday of a lifetime, or a deposit on a house for somebody named in a will”.

Roger Ramsden, chief executive of Saga Services, said: “What’s more, at a significant time of stress, when there’s been a loss of a loved one, only 63% of the 11,000 respondents said they would shop around to compare services thoroughly, meaning they could well be losing out – cynics might say that some advisers are exploiting people’s distracted decision-making at a time of difficulty.”

Urging people to shop around, Mr Ramsden said: “Around 500,000 people die each year. Even assuming only 10% have homes of average UK value – around £180,000 – and ignoring other assets, then commission or charges on probate matters involving the house alone could add up to £225 million for the legal and financial services sector, even if they take just 2.5% and could be as much as £450 million if they charged the higher rate of 5%.”

Saga, he said, deals with probate matters “for a cost of as little as 1% of the value of the estate”. Saga Legal Services is provided by Cogent Law, part of the Parabis Group.