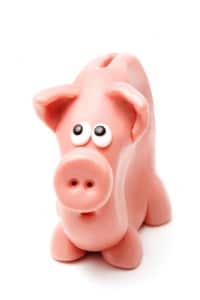 Big squeeze: recession has focused minds of value for money offered by barristers

The recession has encouraged in-house lawyers to make more use of what they see as a new, business-minded Bar by instructing them directly, research has revealed.

The report, commissioned by Hardwicke Chambers and conducted by Legal Futures Associate Jures, found that 32% of the 65 senior in-house counsel surveyed have instructed a barrister directly in the last two years, compared 15% in 2008 and 6% in 2006 in earlier Hardwicke surveys.

Almost half said the economic conditions of the last 18 months were a reason for using direct access, while barristers were seen to offer greater specialist expertise and better value for money than solicitors. Some 39% said they were “very likely” to go directly to a barrister in the next year – although 35% said they were “not very likely”.

Hardwicke chief executive Ann Buxton said: “Direct access is still in its infancy but, since we commissioned our last research in 2008, there has been a significant step change in the approach of corporate counsel to the Bar.”

Sapna Bedi FitzGerald, general counsel at LSL Property Services plc, told researchers: “In the past when we have had a major piece of litigation which required counsel to be engaged, we would instruct external solicitors to instruct counsel. This would mean that you ended up paying the solicitors to summarise your file, photocopy your paperwork and then put it all in a nice ring binder. Now we realise we can instruct the Bar directly. The Bar offers an alternative.”

The number of respondents who feel that they understand how to access the Bar directly has risen from 40% in 2008 to 87% in 2010. Further, 60% thought the old perception of barristers being out of touch with commerce has changed, while a similar proportion (63%) took issue with the assertion that barristers did not contribute to advisory or policy matters. Two-thirds 66% disagreed with the description of barristers as ‘unapproachable’.

Ms Buxton added: “It is heartening to see this year that commercially-minded chambers have had considerable success in reversing some of the negative perceptions that occasionally attach themselves to the Bar, although there is still some work to be done.”

However, there is a “persistent feeling that a lack of transparency over fees and the clerking structure is a hindrance to direct access”, said the report. Some 53% of respondents believed the Bar was not user friendly and 81% considered that the Bar did not provide clear information to promote or explain direct access. One in-house lawyer said: “A serious issue for the Bar is its lack of transparency. It’s very hard to know where you should go for something specific.”