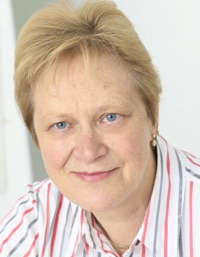 Wallace: looking at all the options out there

Big four accountancy firm PwC is to explore whether to absorb its associated law firm and become an alternative business structure (ABS).

Pauline Wallace, UK head of public policy and regulatory affairs at PwC, told Legal Futures that legal services is the one area of the firm’s work where it is not able to operate as a totally integrated practice. While she would not be drawn on PwC's strategy, she said the firm is “looking at all the options that are out there”.

However, while there are “advantages” to being a full multi-disciplinary practice, Ms Wallace said they “need to do a very balanced exercise to look at the pros and cons”.

Positives such as “not having to create separate legal structures” have to be weighed against issues like the risk of conflicts and PwC’s independence as an auditor.

She argued that the difficulties of keeping legal practices separate from other businesses – and the synergies with the likes of accountants – were among the reasons the government moved to ABSs in the first place.

However, Ms Wallace – who is involved in the work of the Institute of Chartered Accountants of England and Wales (ICAEW) in exploring the opportunities under the Legal Services Act – acknowledged that how regulation of PwC as an ABS would work would be another issue to throw into the pot.

The ICAEW has signalled its intention to seek in early 2012 authorisation to grant accountants the right to conduct reserved probate activities, and may well in time look to become an ABS regulator too.

Ms Wallace suggested that accountants’ interest in becoming an ABS might also be affected by the Supreme Court decision in the Prudential v HMRC case, dealing with the Court of Appeal ruling that legal professional privilege (LPP) does not extend to non-lawyers – and specifically tax advice provided by accountants. Becoming an ABS could provide accountants with privilege if the ruling goes against them.

The Supreme Court is not due to hear the case until November 2012, although there is no prospect of the ICAEW becoming an ABS regulator for some time. The ICAEW, Law Society and, as we revealed last month, Legal Services Board are among those planning to intervene in the appeal.