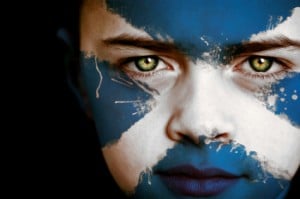 Scotland’s larger law firms saw a rise in profits last year despite a 11% dip across the profession as a whole, research has found.

With alternative business structures looming north of the border too, the Law Society of Scotland’s annual cost of time survey, based on results from 220 law firms all over Scotland, showed that average profits per equity partner fell from £72,000 in 2009 to £64,000 last year. It is the second consecutive drop, from a high in 2008 of £104,000.

Smaller firms of two, three or four partners in rural areas and firms in Aberdeen, Perth and Dundee fared better than their counterparts in the two largest cities and largely maintained profits at 2009 levels.

Management consultant Andrew Otterburn, co-author of the report with actuary Dr John Pollock, said: “The cost of time survey results illustrate the two divergent strands to have emerged in Scotland’s legal sector – the higher earning but relatively low number of large commercial firms in Glasgow and Edinburgh, which employ large numbers of solicitors and have fared better this year, and those at smaller firms.”

Law Society of Scotland chief executive Lorna Jack said: “The report predicts continuing difficulties for this year as the public sector cuts make an impact, including a reduced legal aid budget which, while not as severe in Scotland as elsewhere in the UK, will have an impact on our members.

“Solicitors will need to make sure that they plan ahead in order to make the most of any new business opportunities in a year which will see the introduction of alternative business structures. I don’t expect to see a flood of new business entrants, but solicitors do need to be thinking very seriously about how they shape their business as we move into 2011.”