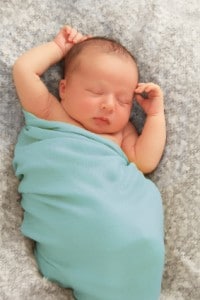 QualitySolicitors (QS) has agreed an exclusive partnership with leading finance comparison website MoneySupermarket.com, while the network is to be promoted in the Bounty Packs given to all new mothers, Legal Futures can reveal.

MoneySupermarket currently refers customers who want legal services to a small panel of solicitors. They have been informed of the deal, a spokesman said.

He added: “We are currently in the early stages of this agreement and expect to launch sometime in October. We look forward to launching this and believe that being able to offer customers access to local legal services via a national brand will be to their benefit.”

MoneySupermarket attracted more than 44m visitors across its main money, insurance and home services channels in the first half of 2011. Legal enquiries for personal injury, employment, conveyancing and will-writing were previously sold through PAA, the exclusive retailer of leads for work from the website.

Initially legal services will remain inside the homepage ‘Money’ tab, and promoted separately via Google and elsewhere, although it may in time develop into its own home page tab, which would give legal services a much higher profile.

QS’s chief operating officer, Saleem Arif, said the deal could be a ‘game-changer’ because of the amount of traffic MoneySupermarket generates.

Chief executive Craig Holt added that QS will be promoted in the Bounty Packs from November, although the nature of the special offer has yet to be determined. We understand that QS is in discussions with several other significant brands, including a bank, a newspaper, housebuilders and a funerals business.

“Being the only national branch network of any note enables us to be uniquely placed to reach similar deals,” Mr Holt said.

Mr Arif, who was speaking at an alternative business structures conference run by CLT in London earlier this week, said QS currently has a presence in 160 WH Smith stores, with a further 40 starting in January and a ‘product panel’ going into airport terminal and railway station shops in around a month’s time.

He backed up the report last week which said QS is generating 100,000 leads a month – he said the WH Smith ‘legal access points’ are on average generating around 20 leads a day each. He added that since the deal was announced in April, 1,000 law firms had expressed an interest in joining QS.

Mr Arif claimed that QS is now by far the biggest conveyancing business in England and Wales, with a 5% share of the market, which he said was more than MyHomeMove and Countrywide Property Lawyers combined.