Number of law firms continues to rise, now up 25% in a decade, figures show 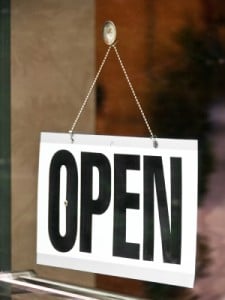 Open for business: there are now nearly 10,500 law firms

The number of law firms in England and Wales has continued its inexorable rise, with 25% more in practice than a decade before, new figures have revealed.

The Law Society’s annual statistical report also shows the impact of the recession on the largest City practices, which employed 5% fewer solicitors in 2010 than two years previously – despite a 4% rise in solicitors working in private practice overall – with partner numbers taking a particular hit.

The report – which reflects the state of the profession as at 31 July 2010 – said there were 10,413 private practice law firms on that date, a slight increase on 2009. There were just 8,319 firms operating in 2000, although growth slowed in the second part of the decade.

It had been thought a few years ago that there were even more firms, but changes in data collection reduced the number. As a result the report’s authors say examining trends should be treated with “some caution”.

The disparity between men and women in terms of partnership – exposed by previous editions of the report – shows little sign of improving. Some 48% of male private practice solicitors are partners, compared to 21% of females.

The report also illustrates the amazing growth in law as a subject for study – 19,000 applied for law at university in 1999, compared to more than 29,000 a decade later. The number accepted onto courses grew from 11,154 to almost 20,000 in the same period; almost a third of them are now from BME backgrounds.

For the first time ever, the Law Society is charging for electronic copies of the report. It costs £99.