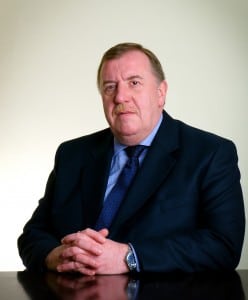 Bannister: few firms can offer a 30% return to an external investor

Most law firms do not have the balance sheets or the systems to appeal to venture capitalists but those who can pull off deals may see some major benefits, it was claimed yesterday.

Sara Hutton, a relationship manager at Royal Bank of Scotland, said venture capitalists would want a return of 20-30% and an exit in three to five years that is “reasonably visible” now, such as a flotation, management buy-out or trade sale.

“I see a lot of your balance sheets and they’re not good,” she told a panel session on alternative business structures (ABSs) at the Claims Standards Council conference in Manchester on the future of personal injury, which was supported by Legal Futures. Ms Hutton continued that an investor would also want to be satisfied that the firm had strong systems in place, “and I would suggest that many of you don’t”. She said: “A clear strategy and efficient business model are key.”

Alan Bannister, a partner at Legal Futures Associate Vizards Wyeth, which runs AdvantageSolicitor, agreed that investors were “unlikely” to get a 30% return from many law firms – the published figures of even the biggest practices in the country indicated that they generally only offered a 16-20% return “and sometimes lower”.

Paul Hinchcliffe, managing director of legal process outsourcer Judicata and practice manager at claimant firm Bott & Co, said he too could not see firms returning 30% “and they are not organised in a way that makes them capable of being absorbed by a venture capitalist”.

Ms Hutton said external investment is “not for the faint hearted”, but those who achieve it could find themselves with “a smaller part of a larger and more profitable business”. The other benefits for lawyers could include building their skills, providing access to new markets and increasing their bargaining power.

The lack of any benchmark in the market for how to value a law firm meant there are opportunities for lawyers to negotiate, but she warned: “Venture capitalists are very experienced dealmakers. They will be negotiating from a position of strength.”

Venture capitalists would want “a large stake”, to deal with a limited company – rather than a partnership – have at least one person on the board and possibly parachute in a finance director. It would not just be about taking on limited company status, she added, but actually operating like one, which meant, for example, not paying for the running costs of the partners’ wives cars out of current account.

From a defendant lawyer’s perspective, Mr Bannister reckoned insurance companies had not yet made up their minds about the benefits of ABSs as there were overheads such as staff costs which they could avoid through continuing to use external law firms. He predicted, however, that there would be more consolidating among defendant law firms, with those practices that offer a national service set to be the winners.

While Matthew Game, chief executive of Mobile Doctors, warned of the risks of ABSs leading to a “dumbing down” of practice, the panel was agreed that ABSs would be good for consumers, with Mr Bannister highlighting the increased accessibility they would introduce as probably the primary benefit.