In the latest instalment of our Legal Pioneers series, Neil Rose talks to Suzanne Dibble, the company/commercial lawyer and mother who last month won an award for her unique legal offering to the growing band of mumpreneurs 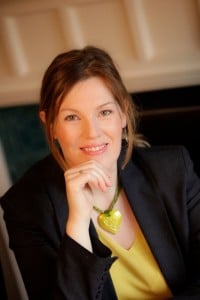 Dibble: I really don't like charging by the hour

“Get big, get niche or get out” – that’s the advice one hears a lot nowadays from law firm strategists. Suzanne Dibble, for one, seems to have taken it to heart, to judge by her success in mining the niche of advising so-called ‘mumpreneurs’, culminating in winning the award for ‘best business support’ at last month’s national Mumpreneur Awards, whose judges included Dragon’s Den star Duncan Ballantyne.

It was announced last week that the word – meaning a woman who combines running a business with looking after her children – has been included for the first time in the latest edition of Collins English Dictionary, having for some time been in the name of Ms Dibble’s practice, Lawyers4Mumpreneurs. She believes she is the only lawyer in the country specialising in this area of commercial life.

Ms Dibble can connect with mumpreneurs because she is one herself, working around her 14-month-old’s sleep patterns (I spoke to her at 9pm, a time at which she often finds herself working as her clients are too). Formerly a solicitor at City firm DLA Piper, and subsequently a senior in-house lawyer at ITV and Hamptons International, she joined ‘virtual’ legal practice Virtual Law when pregnant out of a desire to work flexibly once her baby was born (and remains on its roster). Her priority was to find a niche market to target – “There are so many firms out there, what’s going to make someone come to you? You need something to hang it on”.

Fortuitously, the niche came to her. Ms Dibble set up Lawyers4Mumpreneurs – which really got off the ground in early 2010 – “partly out of necessity”, she explains. “I didn’t have childcare and so I thought, ‘Who would appreciate that?’ I did a bit of research and found there was a growing trend for mums to set up their own businesses.”

Surprised to find that no other lawyers had targeted the market, the company/commercial specialist found that mumpreneurs didn’t know the legal issues involved in setting up a business or, if they did, were not sure where to go. She says they lack the confidence to deal with a middle-aged male lawyer in a pinstripe suit looking down at them and not very tolerant of a crying baby in the background. Plus they were put off by the cost – these are usually small, self-funded businesses.

Since starting she has acted for 80 clients, and having won the award and exhibited at the Business and Baby Show in the space of 10 days, has recently attracted 10 new instructions, all while continuing to work part-time. She has taken on two solicitors – one a ‘virtual’ assistant and another  to handle drafting – and plans to expand her staff to 10 within five years.

Ms Dibble has made particular use of social media in building up her practice. It is a small business community where word of mouth plays a major role, and social media bridges the gap between women who are, by the nature of being a mumpreneur, often at home and cut off. It is also a very supportive community, with mumpreneur networking groups that hold events at times avoiding the school run and in venues that offer childcare facilities, as well as new work spaces providing flexible working facilities with onsite childcare, and mumpreneur conferences.

The other key element of Ms Dibble’s offer is, where possible, fixed fees. Guidelines include £295 to review the client’s standard terms and conditions, £300 to draft a simple employment agreement or consultancy agreement, and £195 to draft an assignment of intellectual property. She has also developed a small range of online legal documents, and is currently looking to expand them and provide a lawyer-review option as well. Ms Dibble confesses to not liking this way of delivering advice because they don’t have a face behind them “but there is a need for low-cost legal services”. She adds: “I’ve been a client and really don’t like charging by the hour. Transparency and affordability are key.”

It is all about knowing her clients. And it seems there are few lawyers who know more about their clients than Suzanne Dibble.