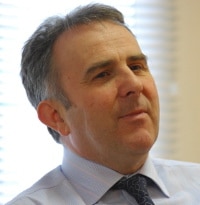 Harding: private equity has yet to decide how best to exit law firms

As the interest of law firms in external investment goes up, “the interest of funders seems to be firmly in decline”, a new alternative business structures consultancy has found.

A survey of 51 of the top 200 law firms by ABS Advisory Partners found that 12% thought it “very likely” or “likely” that they will seek direct external investment in the next five years, with a further 44% saying it is “possible”. The same number described the prospect as “unlikely”.

City solicitor Paul Harding, who heads ABS Advisory Partners, said he was “absolutely convinced” that private equity (PE) firms were getting “cold feet” because of the difficulties they foresaw from investing in partnerships.

“One leading funder has discussed direct investment with over 100 firms and found the business proposition much less attractive than originally anticipated,” he said.

Further, the kind of high-end firms that PE are really interested in “don’t want or need” the money – they can go to their banks.

Many of those who told the survey they are likely to seek investment were at the sub-£20m turnover level, and cited the need to support volume businesses – which is also the area of interest of those PE firms that are still looking at the market, Mr Harding said. But PE investors are considering whether it would actually be easier to set up their own commodity businesses, or investing in outsourcing operations.

Further, funders think the interest of law firms in investment is “not real” and that they “needed to be welcomed, and not just tolerated as a cash provider”.

Mr Harding said law firms do not really understand what an investor would require of them. “They’re thinking about creating capital value that they can buy and sell, and not looking any further than that. They’re in for a shock. If money is made available, they won’t like the terms.”

The survey found that the main issues around external investment that trouble partners is the impact on firm culture, how any exit will happen and that profitability will not match expectations. They expected that the latter two would be the primary concern of investors. “Any time law firms don’t want to do something, they blame it on the culture,” Mr Harding said.

The solicitor added that PE firms have yet to work out which of the usual exits of flotation, trade sale or secondary buy-out (“pass the parcel” as it is known) would work best with a law firm. “They say ‘Ask us in three years’,” he recounted.

More positively, he said a leading retail bank told him that with debt funding becoming more difficult to procure, the legal services sector “could be perceived as the safest industry for equity funders, as long as the business can be got right”.

ABS Advisory Partners aims to have a foot in both camps, helping “law firms get themselves into a condition where they are attractive to external investors”, and helping investors “bridge the gap” to law firms.

Mr Harding, who chairs pan-European law firm network InterAct Europe, said: “After 30 years as a transactional lawyer at all levels – including acting for both investor and investee in private equity investment transactions – and with quite high-level firm management experience and a specialist MBA completed, I’m well placed to know what investors want and how investees should position themselves.”