Law firms – the most generous businesses in the world

Jeremy Black, associate partner in Deloitte’s professional practices group, begins a week-long look at the issue of external investment in law firms by considering the forces of change 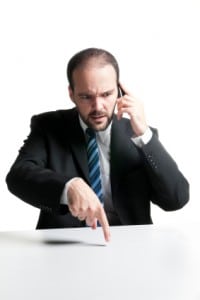 I am confident that I am breaking new ground here in that I don’t believe anyone in the past has described law firms as the most generous businesses in the world. But I do think many of them are.

At many firms new partners put in capital when they enter and it’s repaid when they leave at the value that they put it in at. Really it’s not actually equity capital but debt.

When partners come in, in most cases they are given their equity ownership for nothing. However, the fact that when leave, they part with it for nothing (sometimes referred to as ‘naked in, naked out’) is quite unusual in business.

If you think of senior executives in the corporate world, as part of their package they may receive share options (sometimes for nothing). They work in the business for many years and they grow the business. At the end of their tenure it is quite normal for them to cash in those options and not just give them away to someone else for nothing. Indeed, if they did choose not to cash them in it would be seen as very odd.

So law firms are unusual in this way, and this has two direct consequences for the topic I’m discussing:

Change in the legal market

As well as the changes in regulation that will allow external investment from 6 October 2011, there are a number of other forces that will cause the sector to change

On the supply side:

Finally technology. The debate on technology rages on, but I do think that technology is under-used by law firms. Why is it that if I send a parcel by DHL for £2.50 abroad, I am able to check as often as I want where it is in the process – on the van, at the depot, in the destination country and so on – but if I am paying a law firm £2,500 to purchase a property for £500,000, the only way to get information is to phone up, leave messages, leave more messages and eventually get through to someone who says they’ll have a look at the file.

Why are these changes relevant? Well what they mean is that the status quo is unlikely to be an option. Many firms will need to change if they are to prosper and in some cases that change may be expensive.

Over the rest of the week, I will look at what routes firms may choose to go down that would require fairly significant additional funding.