Kinsella: no “big bang” but ABSs can be a strategic tool for good – and bad 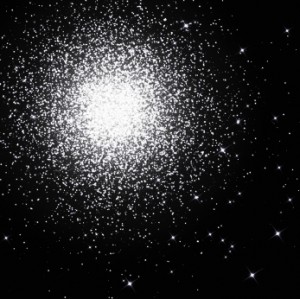 Big bang: ABSs could be bad news if not properly utilised

There will be no ‘big bang’ in legal services in the near future and if solicitors are waiting for it before deciding on their firm’s survival strategy, they risk being overtaken by events, a leading solicitor has warned.

Highlighting a range of “disruptive forces” heading towards the profession, Neil Kinsella, managing partner of national firm and Legal Futures Associate Russell Jones & Walker, also said that firms could be “dancing with the devil” by accepting private equity investment.

Mr Kinsella explained that structural changes currently underway in the legal services market have been ten years in the making and that alternative business structures (ABSs) are simply the latest development in a long process.

Speaking earlier today at a legal world agenda conference at the Law Society, hosted by IRIS Legal Solutions, Mr Kinsella explained his view of the dangers by using the metaphor of the boiled frog; if placed in cold water that is then heated, the frog will eventually boil to death. Placed directly in boiling water, it will leap out and live.

“In 2011 you’re not going to wake up one morning and see your world has changed. Your world is just going to get heated up, and heated up, and the issue is going to be, are you one of the survivors – someone who jumps out of the water and does something different – or [one] who boils to death?”

Already much of firms’ non-reserved activity – around 80% of the total work done by most firms – is transferring to large organisations, said Mr Kinsella. Solicitors’ share of the legal services market is threatened by large new entrants to the market who will start small, turn a profit in one area of law and then expand into others, he predicted.

The new entrants will be helped by “a large pool of unemployed law graduates” in the UK, which “represents a resource and an opportunity for someone to bring them to bear in more and more commoditising of services”. At the same time, legal process outsourcing could see many jobs disappear overseas.

ABSs are simply a means to an end, he said, to help firms fund the implementation of a strategy. But without a clear sense of direction they could represent a danger to firms. For instance, if a firm obtains private equity and fails to achieve growth, the funding becomes a debt that “will effectively convert into control of your business”.

“You’re dancing with the devil in some respects if you don’t understand what drives private equity,” he cautioned.

Another potentially disruptive force in legal services provision, Mr Kinsella warned, is the arrival of people he called “nerds” and “brave new worlders”, who will come up with something nobody has thought of. It could come from social networking, perhaps. “We’ve talked about Tesco law. I think we might be talking about Facebook law, or Google law. It’ll be – as [former US defence secretary] Donald Rumsfeld would have said – an ‘unknown unknown’.”

The key to survival in the future is to know what you do best, Mr Kinsella said. “You’ve got to decide what market you’re in and what market you should be in if you’re going to survive.” Firms with a clear strategy, whether it is providing an intimate service, or a one-stop shop, or online legal services, will do best in the future, he suggested.