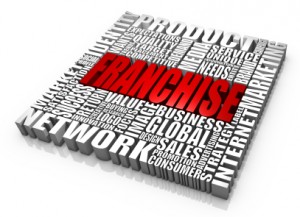 Franchise: Face2Face approach is different from the likes of QualitySolicitors, says Ray Gordon

A bid to create the first solicitors franchise was launched this week.

Face2Face Solicitors is initially aimed at small private client law firms and will provide franchisee solicitors with centralised back-office systems – including accounts, IT and regulatory compliance – and central marketing and business development, to enable them to focus on the legal work.

It is being set up by consultancy Legal Mentors and will operate through a new company called Professional Business Structures (PBS). PBS chairman and Legal Mentors chairman Ray Gordon, former managing partner of Surrey firm Bells, said there had been a “good response” from City investors to back the project, while he has recruited an unnamed “nationally recognised” solicitor as PBS’s chief executive.

The network should be up and running by the time alternative business structures (ABSs) come into being on 6 October and PBS is set to apply to become an ABS. Mr Gordon said a part-float on AIM was one option for the business in the future, providing both money for growth and a “capital event” for franchisees.

Franchisees – which will have to be limited companies and not partnerships to encourage retention of profit – will be liable for a one-off payment to PBS, along with an as-yet undetermined percentage of income each year.

Mr Gordon said the concept differed from the likes of QualitySolicitors because it was not about rebranding existing firms – PBS is particularly targeting start-ups, breakaways and firms looking to be “reconstructed”, especially if there is a need to consider succession/exit. Franchises could also be bought and sold as they are in other sectors.

Though two-to-four partner firms with a turnover of up to £1.5m are the standard upper limit of firms PBS will look at, Mr Gordon said they were talking to one larger firm which is considering buying an F2F franchise to run as a standalone practice.

He said negotiations with two firms were advanced, with eight more in the pipeline.

There is also to be a joint venture with a financial services provider.

Mr Gordon said the focus was on consistency of experience for clients (not “consumers”) whichever branch of F2F they were in. “We’re not interested in ‘pile it high and sell it cheap’ and we don’t think that solicitors are interested in that either,” he said. “What we’ll be offering is a face-to-face service with someone who really cares about professionalism, client service and best practice, and we know that this is what many clients prefer.

“We will initially be targeting the 50s-plus age bracket and their younger friends and family who want a personal, affordable, professional service.”

He added that key to the project’s success will be a software package designed by the PBS team in collaboration with specialist legal software company , a Legal Futures Associate.

David McNamara, SOS’s managing director, said: “We’re delighted to be working closely with PBS on this innovative franchise as we think it will offer solicitors a way forward in the new marketplace but one which plays to their strengths as professionals and gives them the tools to run their practices effectively while putting the client at the centre of all they do. We look forward to seeing F2F offices up and down the country.”